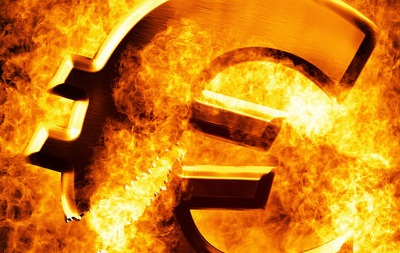 Many economists and the Anglo-Saxon financial gurus have been killing the euro month after month since early 2010. But, even if their doomsday predictions have miserably failed so far, their negative influence over the markets can not be neglected.

By Fernando Barciela, in Madrid | In one of his recent and terrifying articles  about the euro and the sovereign debt crisis in the Financial Times, ‘There is no Spanish siesta for the eurozone‘, Wolfgang Münchau found that many of his readers reproached him for having predicted so many times the probable collapse of the euro… and failed. One of them ironically reminded him that

“In November, you said European leaders had only 10 days to save the euro. A vague and weak article by a discredited commentator who rarely gets it right..”

This reader was referring to his much discussed article on November 27 last year, on a Sunday, to which investors apparently paid little attention because the next day, a Monday, the stock market indexes soared and the Ibex 35, for instance, scored a 4.59% increase, something that does not happen every month. It was a frightening article in which Münchau, a German but an Anglophone and Anglophile, was adamant to squeeze German bond auctions’ temporary difficulties, the spiral of risk premiums in Spain and Italy, the impending bankruptcy of the euro zone banking system and the possibility of a run on banks.

Another reader, who advised him to go looking for another job, went even further and went back to a year earlier, when Münchau had stated that Spain would be the next country to fall after Greece. It did not happen, so the reader feared Münchau was losing all credibility.

Even if the euro ends finally abandoned by some of its current members or dissolves into nothingness, it will be hardly right for Münchau to say, “I got it right.” A forecast repeated a thousand times is no longer a forecast. And in all truth, he has since at least early 2010 been announcing the bankruptcy and the collapse of the euro area.

Münchau, who lives in Brussels and heads the daily Eurointelligence.com service has not been the only one at it, of course. In fact, find an Anglo-Saxon economist or financial expert who has not reviled the euro and prophesied its imminent fall would be like finding a needle in a haystack. If the euro manages to overcome its difficulties and survive, European leaders will be able boast of having achieved it despite the formidable Anglo-Saxon front shouting often in principle irrefutable arguments like that it is more difficult to maintain a single currency without a unified economy, without a central bank willing to use all its artillery and with only mere deflationary measures to overcome the crisis.

But let’s not put all the blame on the British columnists. We should not forget Noel Roubini, who foresaw the current crisis, earning him a trip in a flash from the darkness of a college class to the footlights of the best conference facilities in the world… although he does not seem to have been so luck with their prophecies on our currency. More outgoing than Münchau, there hasn’t been virtually a month in which this famous American economist, born in Turkey to Jewish parents and raised in Italy, has not ruled the demise of the euro. He has even marked deadlines to make his views more exciting. And to get more attention. That, he has gained.

* TO BE CONTINUED TOMORROW FRIDAY.