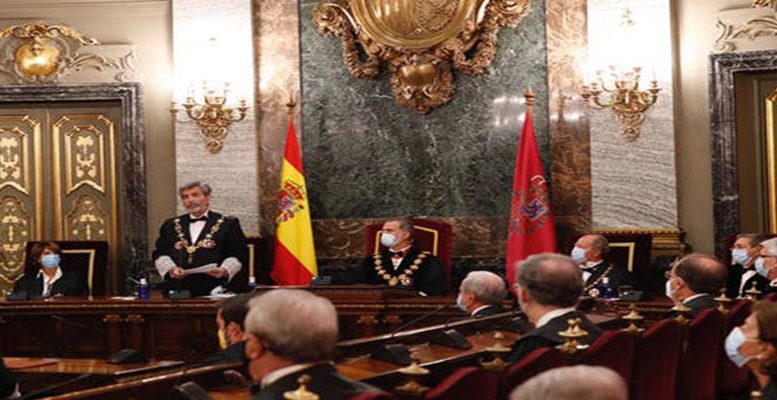 T.C. | Three of the four Spanish judges’ associations, representing half of Spain’s judges, have denounced with Brussels the risk of violation of the rule of law posed by the legislative reforms promoted by Pedro Sánchez’s government. “We are forced to turn to the European Commission to bring to its attention our concern about the current outlook for judicial independence in Spain,” says the letter sent to the Commission, “due to the legislative drift of reforms to the Organic Law of the Judiciary.”

Given the impossibility of reaching a sufficient parliamentary agreement (it requires an agreement with the opposition) to renew the members of the General Council of the Judiciary (CGPJ), which has been in office for two years, the coalition government of the PSOE and UP passed a rapid reform. This ties the Council’s hands and feet and prevents it from making appointments while it is in office. Thus, it is a Council “in office” but unable to function.

The judges also allude to the reform that PSOE and UP have “parked” – not withdrawn – in Parliament. Tbis allows the renewal of the judges’ governing body to proceed with a slim simple majority, the one that supports the government, “so that the governing parties alone can decide the entire composition of the General Council of the Judiciary.”

In their letter to the Vice-President of the Commission for Values and Transparency, Vera Jaurobá, and to the European Commissioner for Justice, Didier Reinders, the judicial associations say they are aware “that only on rare occasions does the EU make pronouncements on matters of internal organisation.” However, it flags that “the Commission” has previously expressed “its concern about the possible limitation of guarantees for judicial independence in Spain.” However, in spite of this, the Government continues “to make its position known”, to “ignore” its “recommendations” and gradually undermine judicial independence,” leaving members of the judiciary with no other option.

Not surprisingly, the CGPJ will itself debate in its plenary session on Thursday 22 April the presentation of an appeal to the Constitutional Court against the legal reform that has taken away their functions.