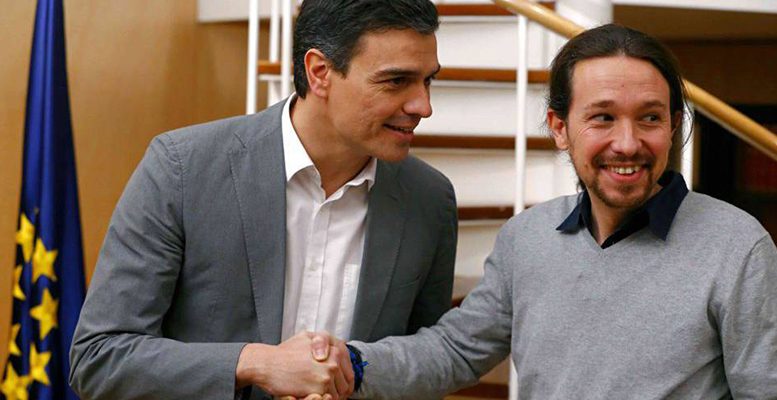 Fernando G. Urbaneja | Spanish politics has become a poker game that has to conclude with the withdrawal of some players to abstention (nationalists) and the sum of favorable cards from others (the left) against the rights. Some variations fit, but they are very unlikely. And another failure that would lead to new elections in 2020 would be possible. But that seems like a catastrophic outcome for all.

Over four years (since November 2015) the Spaniards have gone four times to the polls. And not a stable government has come out. The only thing that has changed is the head of the government, from the Mariano Rajoy’s PP of Rajoy to Pedro Sánchez’s PSOE, but both with similar difficulties and contradictions.

The 2014 European elections put an end to bipartisanship that during 37 gave stability and relief to Spanish politics. Then two new parties appeared to the left of the incumbents (Unidas Podemos and Ciudadanos by the center) but both have been shipwrecked after an initial brilliant success that is deflated with the passage of time.

Even worse: a fifth party has been added to the right (extreme right) with the same traditional agenda (sovereignty, anti-immigration, protectionism …). And the Basque and Catalan nationalist and separatist parties (with extension in some other communities) that occupy 10% of the chamber (35 seats) are determined to put a price on some decisive votes.

The alliance on the left for which Pedro Sánchez has opted (without anyone in the PSOE making criticism that three years ago led Sanchez to dismissal) does not add up; it needs an abstention of the right for “state reasons”, or separatists’ abstention for their own sake, since they will be better of with the socialists than with the Popular Party in the government.

The Congress will be constituted on December 3. After choosing its governing table (which will be a clear picture of the upcoming pacts) will convene the investiture session that will clear the result of the poker game played by political leaders these days. The odds are high for a left-wing government (Sánchez-Iglesias) with a load of instability, supported by the nationalists, although with much disguise; agreeing without agreeing to start another even riskier poker game.

The Spanish path does not resemble the Greek, nor the Portuguese, nor the Nordic. Other ingredients play out such as chronic instability, unreliable leaders, and possible surprises in the medium term.