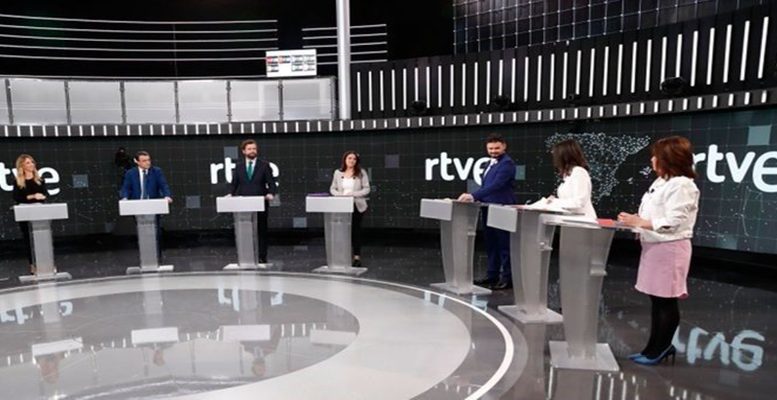 Enrique Badía | Considered by many as something new, fakes have a long history with many examples. Normally, any lie, hoax or distortion of reality merits consideration. And it is under this last interpretation that the campaign for the 10 November elections seems pretty fake, not only because some lies are slipping in – that too – but because they are giving everybody a distorted image of reality. They are hiding, because they do not mention the important challenges and tasks that the government emerging from the elections will have to face, sooner or later … who knows what decisions it will take after winning power if it does not have to explain it.

The evident consequence is that the citizens, called to elect their representatives for the fourth time in little more than two years, confront the risk of giving their vote to a party or leader without knowing what they are going to do with it. Ignorance is absolute about economic policy, without meetings or interviews, but is no less for the now key issue in the campaign: Catalonia. With more or less clarity, almost everyone proclaims these objectives: the separatists, create a republic separated from the Kingdom of Spain; the rest, prevent it. Neither side, however, makes the least effort to clarify what they are trying to achieve, sowing doubt about whether they know what to do … or almost because they are also trying to avoid committing themselves, in case of what might happen.

Any foreign observer, or one not informed on Spain´s most recent political avatars could reach two contradictory conclusions about the campaign: that the country is living well, without real problems, or the opposite, that the political system is broken, at the point of collapse. Surely neither of the two is true. With a little probing, it is easy to appreciate that the Spanish political reality differs little from that dominating its nearby environment – the rest of the EU – in as far as it must confront the same serious problems as the rest. Including, although some here find it difficult to accept, the territorial issue.

Whether mentioned less or hidden more, the model that emerged at the end of the Second World War is showing signs of exhaustion. The same is true of the performance of traditional political options. Although expressed in different ways, it is palpable how European societies have spent years showing their disconformity. This is why governments are ever less often re-elected, established representative systems tend to be questioned and support increases for simplistic solutions to complex problems. Does the disappearance of massive street protests chanting “they do not represent us” mean that the social animus has evaporated? Presumably not.

On the eve of the official start of the campaign – in reality it is always on – the polls offer more doubts than certainties about the political map with which Spain will wake up on 11 November. It does not mean that the meetings and debates over the following days will necessarily be decisive. More significant events could perhaps occur … or perhaps not. But this just shows a significant paradox: all the polls agree that the vast majority of voters want a strong and stable government able to guarantee a legislature less volatile and more efficient than its predecessors … but their voting intentions seem to prefigure the opposite. It is both paradoxical and real.