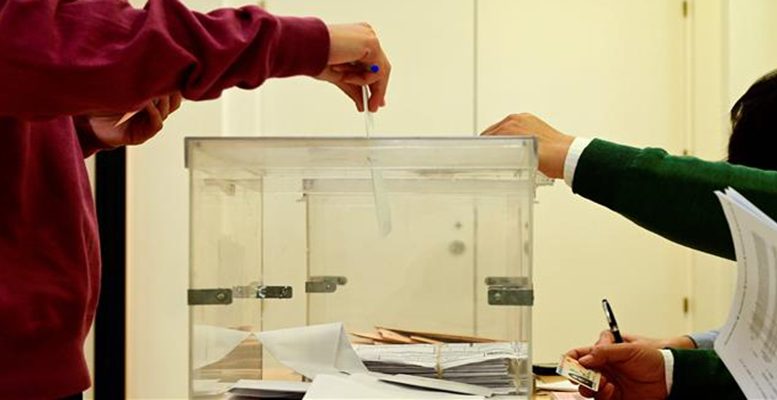 Fernando G. Urbaneja | The political parties’ electoral strategies will be revealed this week in the televised debates scheduled for Monday night (the five party leaders, shown by various channels) and Thursday night. Thursday night’s debate, the so-called women’s debate, is organised by La Sexta, the main channel for the left. To these two debates must be added the weather, in other words the turnout, which could cause problems for all the candidates, with theories for every taste. All want to mobilise their sleeping or fed up voters, all fear that a low turn out will prejudice them; and a rainy Sunday is not a day for voting.

These elections have been characterised by the uncertainty over their outcome and the inability of the parliamentary groups to form a government, however weak. The April elections produced a failed legislature (the 13th of democracy), six months of a provisional government, “in functions”, and confrontation sharpened by the Catalan crisis. Since 2015 (and these will be the fourth elections) no party has secured a sufficient majority, nor the alliances to form a coalition. The left-right axis consists of two blocs without a majority, who need to form alliances with nationalists whose demands go beyond what the constitution allows.

And Sunday’s election looks likely to produce the same impasse; there will be changes, some parties will improve their position (PP and Vox), others with fall back (Ciudadanos and Podemos) and the socialists could remain where they are. In other words the syndrome of the leopard, where everything changes, and everything remains the same.

At this stage speculation is vain, hypothesis useless. The candidates promise and promise … but they know that on 11 November, with the results in hand, they will have to start the game again from zero. They know that to fail again means calling into question the very democratic and constitutional system. This might suit some (the separatists and radical populists) but is rejected by the more or less enthusiastic constitutionalists. What no-one has said is that he will resign if he fails to meet expectations. But this new situation will require new scripts and new alliances which now seem impossible.