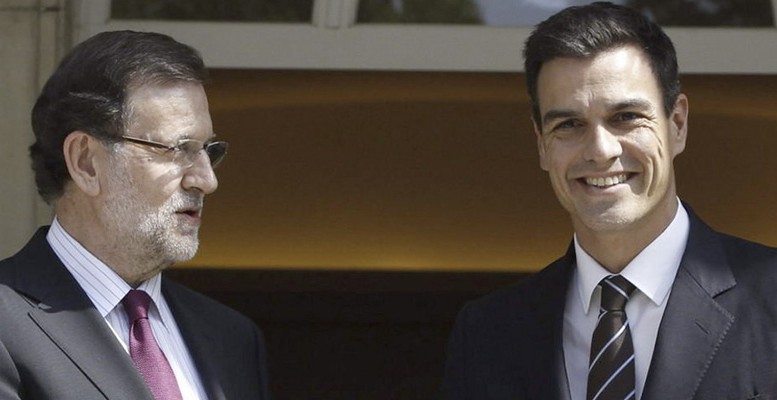 Definitely 2015 has been a very odd year, indeed one of the oddest of the past decades. Spain has been on a kind of roller coaster ride, lurching between good and bad news. There was a lot of the first, but it seems not quite good enough to please and impress Spaniards.

Right. Unemployment has fallen by more than 500,000 people this year and GDP has expanded at rates previously unknown since the crisis, to the extent that our country is once again Europe’s star pupil. And this is undeniable – Spaniards are beginning to shop, go out and spend almost on a grand scale. Nevertheless, the  improvements were not good enough to persuade people to renew their support for Prime Minister Mariano Rajoy (Partido Popular)’s government, giving him another four years to finish the job.

This is simply because a good share of the population continues to struggle, but not only with the stratospherically high jobless rate.  They feel very angry about the outcome of the PP’s austerity policy. This has ended up producing a high percentage of low paid jobs, longer working days and a lack of job security, the like of which does not exist anywhere else in Europe.

So no wonder that nobody bet on Rajoy and his party, despite the former’s best efforts. It’s the PP which has been blamed – and not Merkel and Europe – for our country’s social downgrade. So, since earlier in the year, and particularly after local and regional elections and the developments in Catalonia’s independence movement, it was already very clear that the new parties, Podemos and Ciudadanos, would make their mark on the political map, putting an end to the traditional two party system.

But few expected such an unfortunate outcome. If a crushing victory of the left wing Socialists and Podemos was feared by many, the final result was worse as it scuppered the chances of forming a stable government. So now there is a risk of some kind of Italianization of Spanish politics.

And this is very worrisome. They say the Italians are inventive and creative enough to survive and even thrive without a government. But that is a myth, or even, a lie. In fact Italy is an unsteerable country, where almost no decisions are taken, a shadow of its former self. And the possibility of Spain joining this club of almost rogue states is not now so much a probability. It’s becoming more and more certain.

For example, let’s look at how foreign investors view Spain. It’s not a coincidence that despite very good economic indicators, the Spanish stock exchange has been the worst performer in Europe. And this situation has been aggravated in the past few weeks, with the Ibex 35 dropping from 11,000 to 9,500.

It seems obvious now that unless the Socialist ‘barones’ (the regional bosses) can persuade PSOE leader Pedro Sanchez to give the PP a chance to form a government with the backing of Ciudadanos, the immediate future will not be very rosy.  So we must be prepared to get back on that terrible roller coaster again.