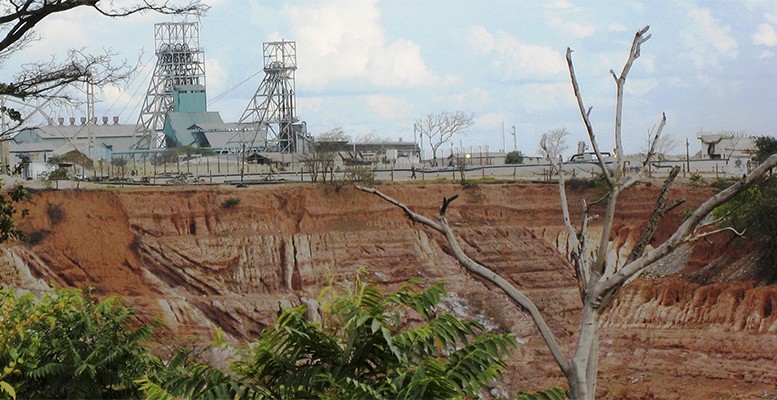 China’s exports declined for the ninth consecutive month in November, falling even more than forecast (-6.8% vs -5% estimated). This data has set off alarm bells in the raw material markets and amongst producer countries, most of which are emerging economies, given that China is their main consumer on a global level. Raw material prices are at their lowest levels since the beginning of the last century.

China is the main importer of raw materials and its economic slowdown, combined with the dollar’s strong appreciation against other currencies, are considered to be the main reasons for the slump in raw material prices which could have unimaginable consequences for the global economy.

And it’s not just oil prices which have plummeted. Some of the main primary products (zinc, nickel and iron) have lost over a third of their value in the last year. International victims of this situation, who have been forced to make major adjustments to their business, include the UK firm Anglo American, Australia’s BHP Billiton, the Anglo-Australian company Rio Tinto and Switzerland’s Glencore.

On a smaller scale, there are very few companies which have escaped the carnage as the Bloomberg World Mining index shows. It is trading at its lowest level since 2004, with firms like Arcelormittal at minimums and Anglo American announcing that it will cancel its dividend and fire more than 80,000 employees. And of course Spain’s stock exchange has also reflected the development in raw material prices, with stocks like Acerinox, Repsol and Arcelormittal falling sharply.

The resounding slump in raw material prices is not only worrying because of the repercussions it may have on inflation, which will undoubtedly condition the central banks’ future actions. But it also throws the weak recovery in the global economies, and particularly in emerging countries, off course once again.

It doesn’t look as if the situation is going to be reversed in the near term, although it is not easy to find a consensus amongst analysts, experts and observers on what the next development will be. The decline in the main mineral prices has accelerated over the last few weeks, and analysts do not foresee any immediate improvement in the oil market, although the price per barrel is at its lowest level of the last decade.

The countries which produce iron, zinc, nickel and copper are suffering the consequences of having over-extended their capacity to feed China’s insatiable appetite. Now they are finding that the decline in demand is not only affecting prices, but it also means that there are no buyers for part of the supply. And this makes it difficult to provide forecasts backed by any kind of certainty.

The dollar has appreciated almost 15% against the euro so far this year and is another factor which has influenced developments in the raw materials’ market. As the dollar strengthens, raw material prices do the reverse and weaken.