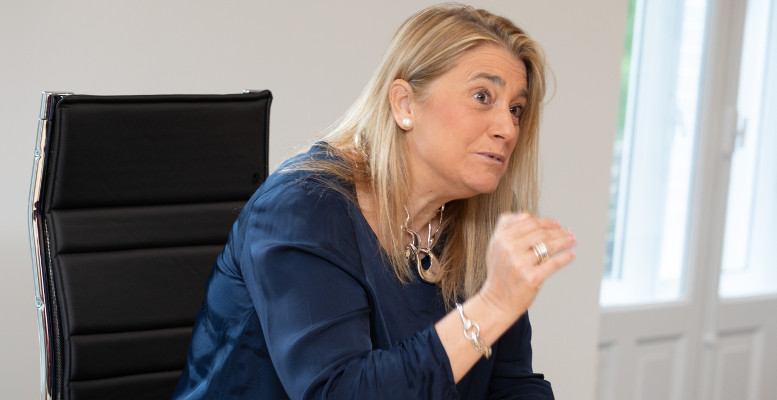 Posted By: The Corner 4th September 2021

Almudena Díez | Red Electrica’s Director -Socorro Fernández Larrea- explains why the current price of electricity in Spain (140€ MW/h) has been at record highs for days:

Q: How do you explain to consumers that the system can have such sharp fluctuations in the price of electricity that directly affect their pockets?

A: Very easily, by telling the truth, if you like. The problem arises because the price of energy is always used as a political weapon either to hurt the other side or to win medals in front of voters. If the citizen knew how the electricity bill is really constructed, he would not listen to these siren voices. Although there is a lot of political fuss about the issue, the truth is that the rules of the market are the same throughout Europe. All neighbouring markets have also been at maximums for days, and the European Commission is not going to change these rules of the game because it understands that the current pricing system is the most efficient. If we analyse how the price of electricity is constructed, on the basis that there is an energy market in which generators and large consumers and retailers participate, the final price applicable to the total volume of energy managed is that of the last tranche managed; in other words, if this corresponds to cheaper energy, such as nuclear or renewable energy, it will be low. However, if these technologies do not manage to cover all demand and it is necessary to use more expensive energies, using fossil fuels, the price will be higher. Now, on this basis, if we analyse the causes of the increases we have been experiencing in recent months throughout Europe….

A: The first thing is that the price of gas has soared on international markets, due to a triple effect: cuts by Russia and a cold winter in Asia and Europe that has emptied reserves; the slowdown in investment in new gas projects due to the extra cost of environmental commitments; and the increase in Asian demand. If we take into account the use of gas as a back-up technology, we can understand its influence on the enormous rise in the price of electricity, which a recent Bank of Spain report put at 50%. The second reason is the decision by Brussels to cut CO₂ emission rights, which has raised their price on the European market. This ends up having an impact on the price of energy that requires its emission to be generated which, according to the aforementioned report, would explain 20% of the rise. The third reason is the heat wave across Europe, which has led to an increase in demand, which in any market will push up the price if supply does not increase. And fourthly, the supply of energy generated falls at this time of the year due to the lower wind power production typical of the months with more anticyclones. These circumstances could have a much smaller effect with the planned new installation of renewable capacity; in the future, the ecological transition could lead to a very significant drop in electricity bills. And another thing to bear in mind in order to understand why energy in Spain can become more expensive is precisely because we are an energy island: we are in a market where we practically only consume what we produce ourselves. We cannot take advantage of the synergies of a global market, or buy or sell cheap surpluses in other energy markets, because we do not have sufficient interconnections with the European market.

Q:And is it not possible to create a common energy policy?

A: Yes, but at the national level it would require a consensus that I currently see as difficult to reach, however necessary it may be in this and other areas. While at the European level, in order for us to benefit from it, we would have to be sufficiently interconnected with the rest of the continent. Europe is aware that a large part of its competitiveness lies precisely in having a common energy policy. And although much progress has been made on this in recent years, we are still not sufficiently interconnected physically. Recent interconnections have been made with France via the Pyrenees, and a major project is currently underway with European funds that runs through the Bay of Biscay to France. The problem is that the interests are not the same: Spain is much more interested in this interconnection than they are, given that France is not an island. It is hyper-connected with the rest of Europe.