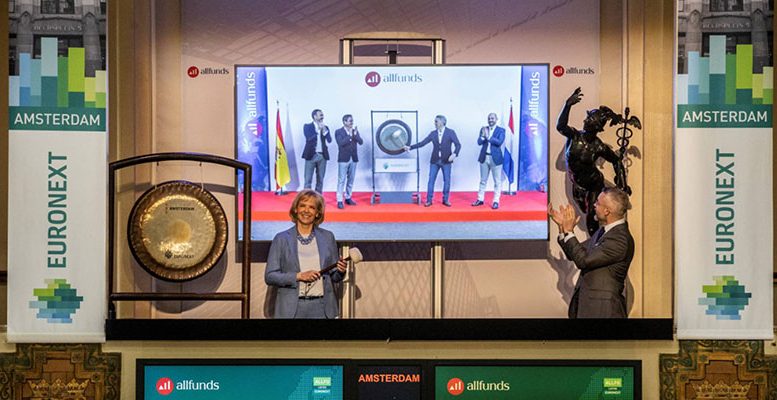 T.C | Allfunds, the made in spain fund distribution platform with assets under administration of more than 1.2 trillion euros, went public on Friday on the Amsterdam Stock Exchange, with an initial price of 11.5 euros per share, which meant a capitalisation of 7.25 billion, and closed the day at 13.85 euros, which implies valuing the company at more than 8.7 billion.

With the placement of 26% of the capital, the four shareholders of the platform have pocketed 1.88 billion euros. The largest shareholder, with 29%, is still private equity firm Hellman & Friedman (which previously held 40%), followed by the Singapore sovereign wealth fund with just over 16% (it had 23%), BNP with almost 16% (it had 22%) and Credit Suisse with just under 10% (it had 14%). And the placement could be increased to 29.9% if the underwriters exercise the green shoe option.

Allfunds has undoubtedly been a rounded deal for Hellman & Friedman and the Singaporean fund, which in 2017 bought the company for 1.8 billion euros from Intesa Sampaolo and Banco Santander, which had set up the platform in 2000.

The company, whose CEO is the founder, Juan Antonio Alcaraz, has announced that it will distribute a dividend of between 20 and 40% of the profit, which in 2020 was 170 million euros.