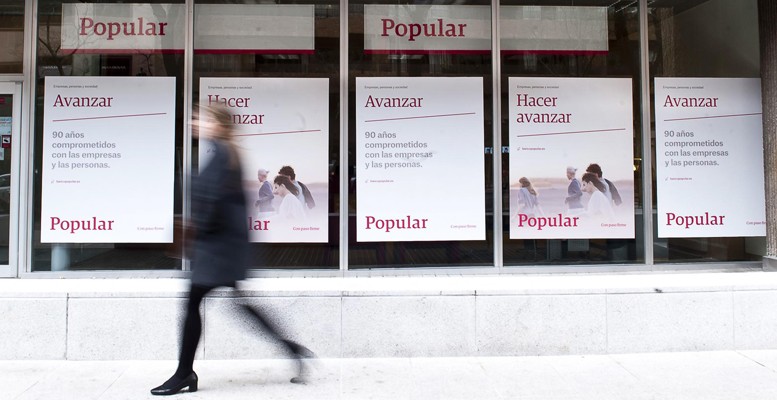 Lately, the Spanish banks are receiving a huge amount of buy recommendations from analysts. Some experts are asking whether there are some sound reasons to bet on  banking stocks now, apart from the fact that the majority of their share prices are attractive.

Interest remain close to zero; demand for credit is recovering very slowly; the banks’ profitability is still below minimum levels; regulatory pressures continue…and the solutions for Germany’s Deutsche Bank and Italy’s Monti dei Paschi are not yet clear.

The profit and loss accounts of the listed banks have suffered in the last few quarters. But analysts highlight that they are improving capital ratios, that efforts made to cut costs will bear fruit in the medium-term and that they will also benefit from the improved macroeconomic outlook.

The Spanish banks are trading at very attractive multiples after registering an average decline of over 25% (Popular has lost almost double). And some brokerage houses believe that the worst-case scenario is already discounted.

Citigroup has improved its forecasts for the Eurozone banks in general. Its analysts flag low prices, but also the signs of an improvement in lending. And they see risks for individual entities rather than for the sector as a whole.

In Spain, the listed bank with the most problems is Banco Popular. It is now immersed in a tough restructuring process which will involve firing 2,900 employees (20% of its workforce) and closing over 300 branches. But the lender has tried to keep its head up in the stock market by announcing it will start to pay a cash dividend again in 2017.

What the bank’s management team has achieved is a quick response from the unions: CCOO has demanded that Popular does not pay any dividends while it is laying off staff.