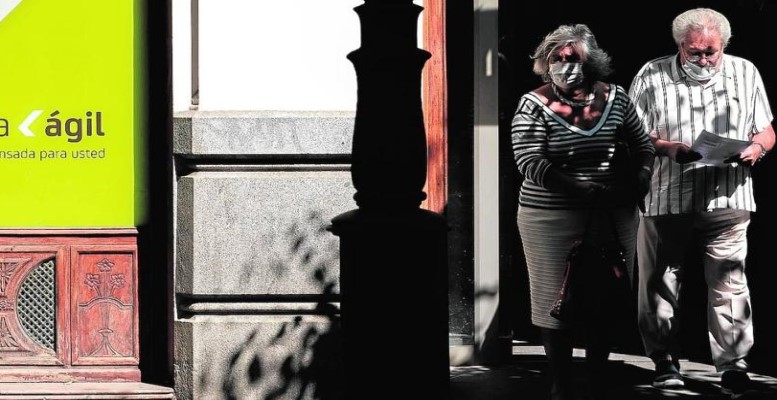 About 1.4 million people in Spain are at serious risk of financial exclusion due to the inability to access banking services, according to a study by the Organization of Consumers and Users (OCU) published Wednesday.

The organization highlights that the process of office closures that began in 2008 has led to the disappearance of 24,741 establishments of this type and has affected 42% of the inhabitants of small municipalities.

According to the conclusions of the study, 20% of small municipalities do not have a bank office. This causes “serious inconveniences to residents, who are forced to travel an average of 10.6 kilometers or pay more commissions to access cash”.

There are also regional inequalities, given that 38% of the inhabitants of small municipalities in Castilla y León have no bank branch, compared to 5% in Andalusia, the OCU flags.

The report reveals that the inhabitants of small towns are “clearly” more reluctant to use cards, to use the Internet for transactions and online shopping, “where age is the determining factor.”

Forty percent of the elderly recognize that lack of knowledge or skills is the main reason for not using them, followed, at a distance, by lack of confidence in security.

The study incorporates a series of recommendations to avoid financial exclusion in Spain, such as ensuring access to essential banking services with a viable physical infrastructure.

“It is necessary for certain services, such as access to cash, to be considered a universal service to guarantee access to the population, as is the case with other services (telecommunications or postal services),” the document highlights.

It also advocates the development of inclusive technologies that allow ATM operations to be carried out in a similar way to those in branches, such as biometric identification, video calls or voice commands, for example.
It also advocates improving the protection and security of the elderly with specific regulations and the creation of secure environments in public facilities for banking transactions. In addition, there is a need to implement digital and financial literacy programmes.