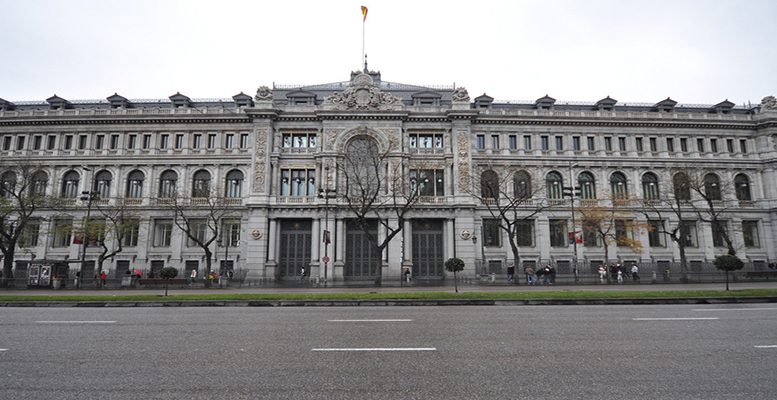 Over the past days, the level of discussion about the Bank of Spain’s usefulness, as a supervisory institution, is beating all records. And feelings are running high against the central bank. It’s being accused of not having done anything to avoid not only the savings banks’ crisis, but also the wave of irregularities and abuse committed by the Spansh banks throughout the crisis. These include Preference Shares, Subordinated Debt, Floor Clauses or Bankia’s IPO.

The situation is such that if the Bank of Spain ever thought its report on the financial and banking crisis in Spain (2008-2014) would make society more complicit and more understanding, then it has been hoisted with its own petard and the end result has been completely the opposite.

The report has left the sensation that the institution, by action or by omission, has failed in its supervisory responsabilities and allowed practically all Spanish lenders to operate without any kind of control. The worst thing is that situation has continued. The bank has been the but of heavy criticism for how it acted with respect to Banco Popular’s resolution. But its governor, Luis Linde, said the institution did not have any responsability for this matter. A statement which has failed to reassure anybody.

So now the big question on everyone’s lips is whether the Bank of Spain – and other central banks in the Eurozone – make any sense once the lion’s share of their responsabilities – and the most important ones – have been transferred to other European institutions. To the ECB mainly, but also to the European Banking Authority (EBA), the Single Resolution Mechanism (SRM) and independent experts, basically hired from Deloitte.

All this is quite extraordinary taking into account that the Bank of Spain still has all its operational structure intact and even increased its budget this year by 4% to 538 million euros from 518 million. With an around 2,700-strong workforce at end-2014, the bank actually sought job applications from a further nearly 200 workers last year.

What’s all this for if the bank has less and less responsabilities? For example, in the case of Popular the bank did not play any relevant role given that, as the governor himself pointed out, in 2014 it handed over to the EBA any mandates it had related to the supervision of significant banks.

Linde also avoided any responsabilities for Popular’s capital hike in June 2016, recalling during the presentation of the report that the Bank of Spain has not had a supervisory role in the case of “significant” banks, like Popular, since November 2014 when the single European supervisor was created.

All this leads us to ask why the central bank needs such a big team of inspectors (over 200 professionals), now that its responsabilities have been considerably reduced.

Over these last few years the Bank of Spain has not just lost its role as the supervisor of significant banks, and their resolution, but it has been reduced to performing tasks like developing a payments system which works well, issuing notes in legal circulation and carrying out currency exchange transactions; securing the payments system, providing urgent liquidity to financial entities and the publication of statistics on the current state of Spain’s finances via its Central Balance Sheet data office.

It also participates in the management of public debt securities, using its technical tools to facilitate all the processes which take place when Treasury notes, bonds and obligations are issued and put into circulation.

We should also not forget its Complaints Service (the name of which has been changed to the Department for Market Conduct and Complaints), which has been highly criticised due to the fact it is barely operational. Amongst other reasons because its resolutions are not binding for the banks. Some comply with them, but the majority don’t, to such an extent that in 80% of cases the Bank of Spain’s decisions are ignored by the lenders affected.

According to the Complaints Service’s annual report, published yesterday, the banks have only made rectifications in 18.3% of the cases in which the supervisor has ruled in favour of the claimant. And this in the context of the fact that out of the  14,313 complaints received in 2016, the Complaints Service only answered half of them with reports, while in the remainder of the cases “no report was issued.

A very poor showing and diminished responsabilities for an institution which two or three decades ago controlled all the Spanish banks’ operations with a rod of iron, from the smallest to the largest lenders. And it casts increasing doubts – as it does in other countries in the Eurozone – over the necessity of keeping these national central banks: at least in their current size.