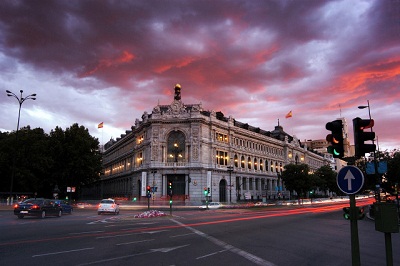 MADRID | The Spanish government has good reasons to feel irritated at the Bank of Spain’s erratic conduct. It has endorsed bank plans to meet the reform targets without raising any objection. Yet, it has failed to provide any credible explanation on how credit institutions might raise €45 billion in the coming months.

Taking for granted that Santander, BBVA and CaixaBank will easily achieve their required €10 billion provisioning, that leaves a sizeable hole to be filled up by others. They face a hard bill to bite, as the expected net margin will undoubtedly fail to cover a gap likely to amount to no less than €13 billion. Prospects to raise fresh capital seem inconceivable even for the most solid institutions.

The Bank of Spain bets entities may tap on their own resources up to €12.5 billion, since fair value rules in merger processes allow for such an accounting trick. This artificial way of meeting the target would imply a sharp deterioration in solvency ratios, further weakening banks capacity to endure the hard times ahead. The whole financial reform thus lacks to enhance credibility. Markets openly question it might work in the current stressed scenario. Even if cleaning up real estate exposure was roughly to be achieved, the potential build up of impaired assets is bound to put pressure on balance sheets, as depressed economic conditions dent margins and increase the need to provision bad loans.

The reform was supposed to act as a stick and carrot device to force mergers. But big banks are reluctant to increase their share and exposure to a downturn market. Thus, integration has failed to anchor the financial system on solid ground. Too many middle size credit institutions lacking enough muscle are left struggling to get into safe territory. Endorsing their plans without raising any doubt adds little to upgrade overall solvency.

Irritation has also been fuelled by the Bank of Spain’s hint that a further restructuring is needed. It has floated the idea to put aside doubtful assets loans in separate entities to increase transparency and better off access to capital markets. The initiative to set up bad banks amounts to an open recognition that reform has been a failure, thus plunging the markets into utter confusion. For, if things are not working properly, why has the Bank of Spain given green light to banking schemes? The message investors are getting does in no way increase confidence on the financial system soundness. A baffling behaviour that runs contrary to the conduct you might expect in any supervisor.