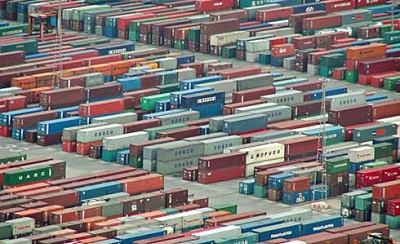 By Kike Vázquez | www.cotizalia.com | The crisis in Spain is not the consequence of unemployment or of the State deficit. It isn’t even due to the banking sector. These are just symptoms of the real cause. What is the underlying problem, then? In my opinion, it is one single variable: competitiveness.

The fact of joining the euro meant a higher effort than expected for Spain. When the country enrolled in the Economic and Monetary Union it suddenly lost its power to compete, whereas other countries such as Germany became competitively stronger. Their trade surpluses were used to finance our deficits, while the European Central Bank (ECB) sped up this situation with its policy to help core Europe to get out of the recession. The increase of our external debt was those countries' growth, because we were eager to import. And our imports dynamics fed on debt, consumption and bricks and mortar.

The vicious circle comes to an end when someone notices that our external net debt is endangering our solvency. In that moment, they turn off the tap and the banking is unable to renew its debt with the international creditors without the help of the ECB. Then the government sees how its revenues fade away. It looks like a banking crisis –and it is; it looks like a fiscal crisis –and it is; but to really solve this problem we

need to fix the balance of payments: the competitiveness.

And, how do we improve the competitiveness? Assuming that “being competitive” means to make the balance of payments reaching surplus, we should focus on how to get there. There are two main ways to post a surplus.

One, is increasing exports (this is the most difficult option). The solution is not reducing costs; we should focus on offering a higher value to our clients. Thus, we will also have a competitive edge to face the future. Spain’s exports have experienced a slightly better behaviour in the last weeks. However, it is not enough to reach a surplus in the balance of payments. We should focus on imports.

How? Reducing imports (painful but more effective). The best choice is to import less. But we can’t do this with protectionism, because we would remain without competitive companies. We must do it by reducing consumption. A lower consumption rate will lead to a higher saving, and thus, to a higher balance in the current account. So, even if we don’t like it, the Spanish crisis will be mended if there is a higher propensity to save money. This means that the GDP will suffer, but that is the necessary price to pay.

It is true that the monetary or fiscal policy can avoid irrational adjustments, which could cause irreversible damage. But it is also true that the adjustment must be done, and the sooner, the better. We can’t forget that, the more competitive we are and the more we converge among us, the stronger Europe will be.