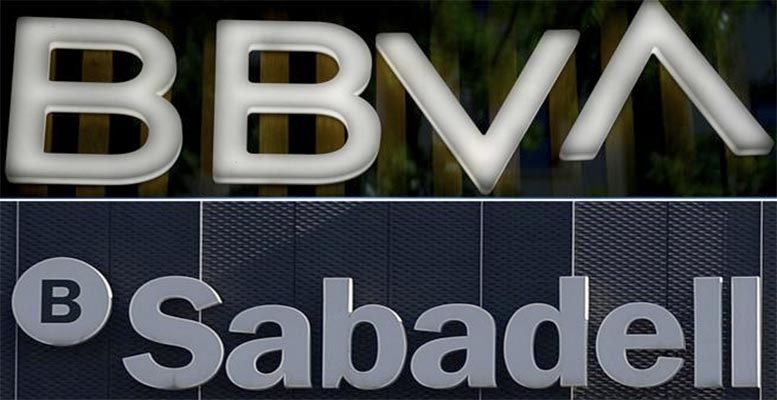 BBVA has confirmed conversations with representatives of Banco Sabadell, with the authorisation of the Board of Directors. The talks are in connection with a potential merger operation between the two banks. A process of reciprocal review (due diligence) in the usual terms for this type of operation has been started and external advisors appointed.

Both BBVA and Banco Sabadell have stated that no decision has been taken in relation to this potential merger operation and there is no certainty that it will be implemented. And neither, in this event, has a decision been made on the terms and conditions of a possible operation. Any decisions taken in this respect will be reported in due course, as and when it is legally appropriate.

The combination of the two banks would give rise to the second Spanish lender by global business, behind Santander, with almost €1 billion in assets. It would also be second in the ranking of assets by business in Spain, only behind Caixabank-Bankia, with €591.481 billion.The joint figures also include profit up to September of €1.4 billion, 4,240 offices and over 46,000 employees.

The confirmation of these contacts came hours after BBVA announced the sale of its US subsidiary to the financial services group PNC for €9.7 billion and capital gains of 580 million. This could mean that BBVA would not need a capital increase to execute an operation involving a smaller rival.

The transaction will be a full cash one and is expected to be closed by mid- 2021. BBVA estimates the sale will generate an increase in tangible assets of €1.4 billion. The deal will also have a positive impact on the Common Equity Tier 1 ratio (“fully loaded”) of around 300 basis points. This would be equivalent to having reached 14.5% at September 30. The finalisation of the sale is subject to the approval of the regulatory authorities.