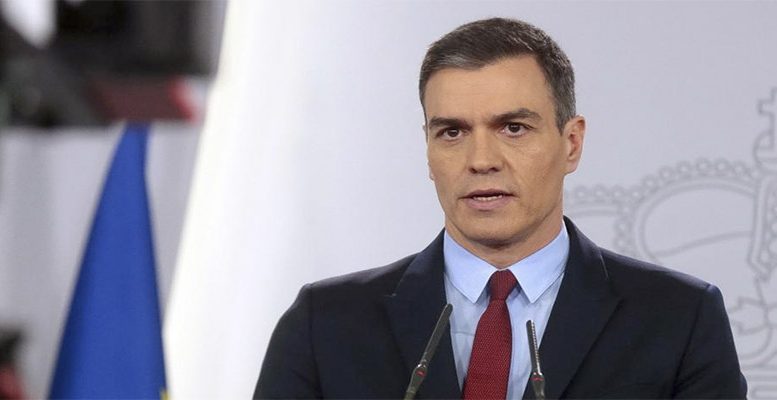 Javier Alfonso (Valencia Plaza) In one of the most memorable scenes from Airplane, a flight attendant tries to reassure the passengers in a calm voice after the plane has experienced some turbulence. This is because – they don’t know it yet-  the two pilots have fainted. Without changing her tone, the character – played by Julie Hagerty – ends her numbing message with a question: By the way, is there anyone on board who knows how to fly a plane? And the passengers panic.

The flight attendants of the coronavirus crisis were cabinet minister Salvador Illa and expert Fernando Simón. Illa had the handicap of being a politician, so in order to convince those who don’t trust politicians Simon would appear, explaining to us that everything was fine and under control. We shouldn’t look sideways at Italy because the situation there had got out of hand. Not the case here…

Until Monday morning, March 9, when the flight attendant Fernando Simón said that “in the last 24 hours” there had been a significant increase in cases in Madrid. This was demonstrated by the number of people infected and dead, and that measures would be taken. Hours earlier a Women’s Day demonstration had been held in the capital, attended by a minister and a former minister… wearing purple latex gloves. Dealing late with the coronavirus outbreak is a mistake. And every tough measure Simon has said was not necessary has ended up being taken late in the day, at best by only a few hours.

The Women’s Day demonstration in Madrid was allowed to take place because there were “only” a few pockets of risk in certain parts of the autonomous region. As if no one from those pockets were planning to join the march. Universities in Madrid were closed but their 300,000 students were not forbidden to leave the capital. Many were preparing to travel to Valencia for the Fallas Festival, which was suspended 24 hours later. Teleworking was recommended to parents with children whose schools had been closed, so many travelled to the coast in a sort of early Easter holiday.

Madrid, the highly populated Madrid, was never treated as a possible source of contagion but as a city affected by “ imported contagion”. We didn’t look at Italy to avoid making the same mistakes. We were told there was no need to close our borders to Italians. It was sufficient to hold two football matches with Italian teams behind closed doors. That was until Italy ordered a nationwide lockdown and then Spain closed the door to those who were no longer coming. And the icing on the cake: on Wednesday, two days after it had been acknowledged that there were “uncontrolled pockets” in Madrid and schools and universities had been closed, 3,000 Atletico fans were allowed to travel to Liverpool to watch their team play.

The lack of coordination between the Ministry of Health and the autonomous regions has not helped either. The regional governments and city mayors, faced with evidence that the guidelines were insufficient as well as inconsistent, ended up taking their own decisions: closing down entire villages, beaches, schools and bars. In other words, they took the measures that should have been taken by the government a week ago. They had also been taken late in Italy.

And then the man who claims to know how to fly the plane comes to the fore. The statesman Pedro Sánchez has emerged as a leader who puts an end to the government’s “hesitant response” – as The New York Times called it – which has caused “Spain” – Madrid in fact – to become “the latest focus of the coronavirus”.

Sánchez’s appearance at the helm should have been reassuring but sales of toilet paper continue to soar. Illa and Simón are finished. At times like this citizens need to see the nation’s Prime Minister take decisive measures, without deceit and without contradictions. Measures like announcing a state of emergency which came into force 36 hours later – so leaving a day and a half of margin that idiots took advantage of to continue travelling. Or asking people to stay home after presiding over a cabinet meeting attended by a deputy PM who had skipped quarantine…

State of emergency, general quarantine, these measures which should have been taken in Madrid a week ago, are now imposed on Spain to avoid repeating mistakes. Sánchez at the controls has finally got it right. It will not be easy. “Heroism is also about washing your hands,” don’t forget. Courage!