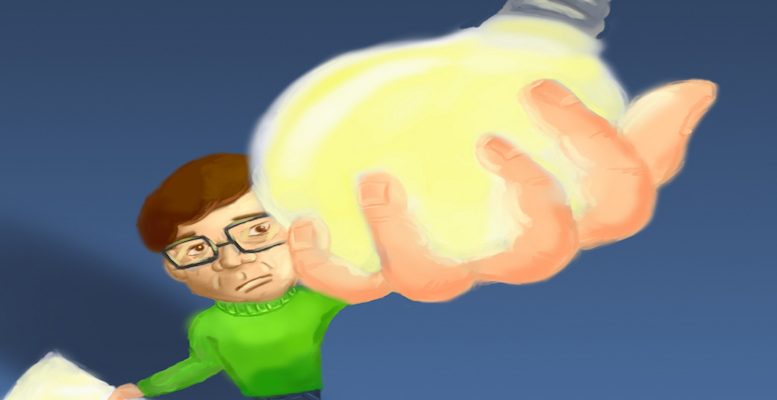 On January 25, the rise in the wholesale price of electricity in Spain exceeded 100 euros per megawatt-hour, its record level. In fact the cost of energy has run away with itself in the last few years, to the extent that a division of the Supreme Court decided to start proceedings to find out what the reasons are for the successive increases in electricity bills “with the aim of determining what the reality and the nature of these matters is.” At the end of 2013, when the megawatt-hour reached 90 euros, the government was already forced to eliminate the old system for setting prices in the electricity market. On this occasion, it seems as if it doesn’t have any other instrument for avoiding increases. “It is a concern, but not everything in this world depends on the government,” said PM Rajoy. He has also rejected the idea of lowering the regulated part of the electricity bill, representing 60% of what the consumer pays. In this way, the bill will decrease when “it rains again,” the Prime Minister added.

For many years, how electricity prices in Spain have been established has been a total nonsense, given that the electricity pool functions like a marginal market. Companies offering electricity production enter the market until demand is covered. The pecking order runs from the cheapest to the most expensive. The last producer to enter the market sets the price for all the rest, although they may offer cheaper prices. The first ones to enter are hydraulic, nuclear (they cannot stop) and renewables (they have priority due to the policy for supporting green energy). The last ones to enter are the combined cycles and fuel.

In the last few weeks, there have been a series of factors which have led to a sharp hike in the wholesale price: 1) a general lack of wind and rain; 2) a strong rise in demand (the cold spell); 3) stoppage in part of the nuclear plants in France. We have gone from importing energy from France to exporting to France; 4) problems with the gas supply from Algeria, which has been hit by technical problems; and 5) the increase in the price of oil and coal (of commodities). The result is that the marginal price of electricity has been determined by the combined cycle plants (a much more expensive technology) where gas is the raw material.

The government is trying to implement measures in the gas market (market makers, new sources of supply,…) to lower its cost and avoid sudden increases. It has to be remembered that the wholesale price (or pool price) only accounts for 35% of the electricity bill. Taxes (25%) and regulated costs (40%) have to be added to this figure.

Regulated costs and taxes have not been increased for 2017. The strong rise in pool prices demonstrates that there are two drawbacks in this system. On the one hand, it is subject to a lot of volatility, more than its European peers. On the other, the so-called “windfall profits” for cheaper technologies (hydraulic, nuclear…), which at times of high demand and expensive pool prices charge more although the cost is substantially cheaper.

The final prices of electricity include tax charges, and it is worth noting that these are very different depending on the country. For households, for example, taxes represent in Denmark 130%, 80% in Germany, 42% in Italy, 39% in France and only 22% in Spain.

When you look at these prices without taxes, in other words, what the electricity companies are really paid for their services and Red Eléctrica for its transport, only two countries in the MU-17 have higher prices for households than Spain, which are Cyprus and Malta.

However, taking into account the final price, after taxes, electricity for Spanish households is only 3.9% more expensive than the average of the MU-17.