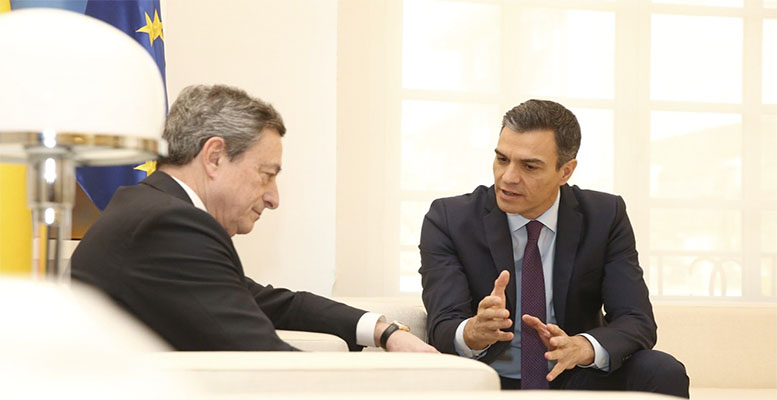 Intermoney | At present, the top priority for the Spanish economy is to return to the path of recovery. In fact, the government is still fine-tuning its proposal to activate the resources of the pan-European reconstruction plan, but this should not make them lose perspective of the medium term. The increase in structural spending is worrying and we must be aware that Brussels’ permisive stance on budgetary issues will not last forever and will not go beyond the year 2022, by which time major European economies should have recovered pre-crisis GDP levels.

The proposed horizon is not so distant since, in the best case scenario, a year from now, the EU authorities will begin to prepare the ground to demand a credible and progressive deficit reduction plan. A plan that will no longer have to be negotiated with Merkel’s Germany, but will probably be negotiated with the Germany of the Bavarian Söder, which will have a less lax profile, although we hope that the Greens will be an important counterweight in the European positions of Söder’s potential government.

In parallel, Spain may face a surprise problem if Draghi’s government remains for long as, in the eyes of many, we may become the focus of Europe’s problems. In recent years, our authorities have taken a rather conciliatory tone to Brussels, which has made it possible to dilute the fact that we have not fulfilled our commitments, especially when the belligerence of the Italian government made us look like a good pupil, especially during the League’s time in the Italian government. It is not known how long Draghi’s government may last, but it is a reality today and the former head of the ECB knows well how to handle the Community bodies and, above all, the mechanisms to generate a good image in the eyes of the markets.

In principle, the action plan that our government will propose to the EU, as part of the strategy to make the most of the 140 billion euros that correspond to us from the pan-European recovery plan, includes 170 reforms in areas such as the labor market, pensions, the energy system, the modernization of the judicial system, the digitalization of companies and public administrations, education and the training of the labor force.

Last week the International Monetary Fund warned the European Union of the risk that the crisis caused by the ‘Great Recession’ of 2020 due to the Covid-19 pandemic could turn into a ‘Great Divide’ or ‘Great Divergence’ in 2021 because of the different degree of impact of the recession and intensity of the recovery due to the different starting positions and structures of the economies, stressing that a premature withdrawal of support measures could exacerbate inequalities. In this case, the managing director of the IMF, Kristalina Georgieva, placed Spain and Italy under the same umbrella, pointing out that together with Greece, they are tourist destinations that have suffered a much sharper impact than the EU average contraction of 6.4%.