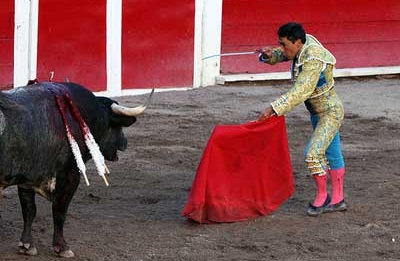 NEW YORK | When one of the world’s most prestigious newspapers quotes a blogger as the main source of a story on international economy, sure that blogger’s words do get a boost.

“A rising portion of Spain’s €663 billion, or $876 billion, in home mortgages at risk of default could lead the country’s banks to a bailout.” The article mentioned Edward Hugh, a “Barcelona-based economist” and someone who apparently has closely studied the issue, who pointed out that retail mortgages were

“set to become the Achilles’ heel of the Spanish banking system.” His words were  backed by “many economists” and “experts” that remained anonymous in the story.

“While the government’s official estimate of mortgages going unpaid is only 3 percent, Mr. Hugh and other economists say the actual numbers are probably much higher —in double digits for some lenders,” says the report.

The article is as excitingly alarming as it is missing the main point: the problem of Spanish banks is not retail mortgages but credits to developers and constructors, whose volume is around €315 billion —that is, less than half that €663 timing bomb many have taken to roll out when ‘Spain’ and ‘pain’ meet in a headline.

Late payment rate on those retail mortgages was below 2.3 percent at the end of 2011. And on those €315 billion, Spanish banks have already put in place reserves to tackle at least 45 percent of troubled loans. How so? Because the Bank of Spain had ordered banks to accumulate capital to counter the ultimately unavoidable change in the economic cycle with an amount equivalent to one-year profits or over €35 billion. These capital buffer came from the results, not from engineering accountancy, by the way.

An eventual IMF-EU rescue of Spain seems like a mantra for Wall Street’s favorite media, let’s say CNBC, Bloomberg or The Wall Street Journal. It’s a ‘Not If, But When’ scenario for many of them. Those growing speculations have help yields on the government’s 10-year bonds, which reflect the risk investors attach to owning Spanish debt, rise above 6 percent. As Jean-Claude Juncker, chairman of the Eurogroup of euro zone finance ministers, puts it, the country is on track and needs to win confidence from the markets.

“I don’t think Spain will need any kind of external support,” Juncker said. “I would like to invite financial markets to behave in a rational way. Spain is on track.”

Although the country is entering recession and, true enough, unemployment is tipped to hit 24 percent this year, there is no such fear of a bailout as suggested by the New York Times: in the worst case, Spain could hang on for long before having to turn to the EU for help. The country has already raised nearly half the €86 billion it needs to borrow from financial markets this year, its banking industry having sucked up some of the €1 trillion of cheap three-year loans that the European Central Bank pumped into the euro zone banking sector.

Besides, Spanish largest banks are sufficiently capitalised and profitable enough to withstand a decline in economic conditions, as the IMF has confirmed. The stress tests of nine out of ten banks showed that most would be able to handle further weakening in the economy. According to the latest banking reform, introduced two months ago, banks are urged to put aside around €54 billion of provisions to mop up property losses. The new regulation encourages mergers and cost cutting without the help of state cash.

Spain’s second-biggest bank BBVA said this week it had hit solvency targets set by European regulators ahead of time (end of June was its deadline) without recourse to public money, even as it reported a 13 percent drop in first quarter profit.

Of course, vulnerabilities remain in other banks that are reliant on state support, and

“the sector as a whole remains vulnerable to sustained disruptions in funding markets,” the IMF said.

But let’s check some more figures, if we may: following the latest rulings by the Bank of Spain, banks have applied an 80 percent discount on land for development and provisioned capital for it. Only when a merger process has began, entities are allowed to extend the deadline during two years and against reserves, instead of twelve months and against results.

Spain’s economy is limping and the new reforms have yet to prove their worth. But some financial portraits are just so short, they risk leaving too many facts outside their frame.

Be the first to comment on "The case against Spanish banks: how the New York Times got it wrong"