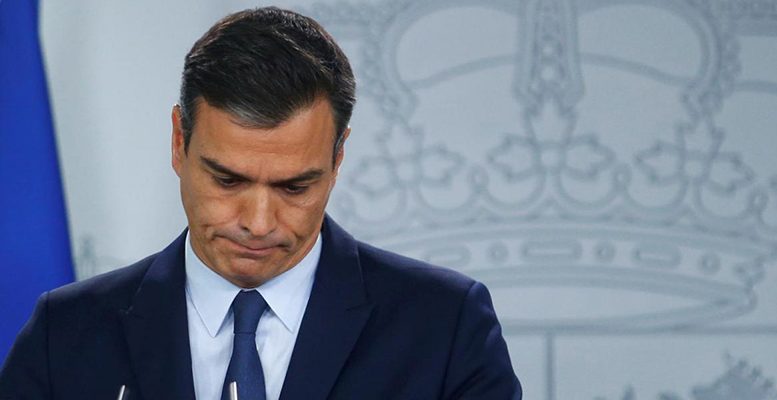 Fernando González Urbaneja | The sequence of events is relevant to the outcome and has to do with the electoral confrontation. Behind and at the bottom of this debate or storm there is no doctrine or theory, there are no documents with well-founded proposals, it is just a matter of brushstrokes with ideological pretensions of little flight and quite a lot of trickery.
The opposition party, with Núñez Feijóo at the head, trying to set the agenda, proposed a generalised reduction in taxes as a mechanism for returning to taxpayers the excess revenue collected as a result of inflation. In addition, the Andalusian president announced the fulfilment of an electoral promise: a zero rate for wealth tax under regional jurisdiction and management.

The government went along with the Popular Party, first to disqualify any tax cuts, and also to warn that it would respond to the neutralisation of wealth tax collection with a new state tax on large fortunes, i.e. on wealth. All of this is seasoned with Robin Hood demagogy, taxing the rich to give to the poor.

The end result is a government proposal (coalition consensus) to propose an alleged tax reform to reduce taxes on low incomes and increase them on capital income and wealth.

A retreading of the broken tax system that does not get to the heart of the problem. It ignores the well-founded expert reports that lie dormant in the Treasury’s drawers and remains cosmetic, with apparent tweaks that will neither raise revenue, nor stimulate the economy, nor reduce inflation.

The mountain gave birth to a mouse. Tweaks that change nothing. It is good to raise the minimum tax filing threshold and increase the deduction for work, which will affect many taxpayers, but with no effect on tax collection. Inventing a wealth tax equivalent to the one already in force is irrelevant. It affects very few and it is doubtful that it will produce the intended revenue. The experience with the taxes invented a year ago by this government (Google tax and Tobin tax) is eloquent, from what was said to what was achieved there is a long way to go.

The adustments to the corporate tax on SMEs are insignificant. The same goes for the increases in capital income above 200,000 euros (a path already used a couple of years ago). Or indeed the adjustment to the modules for the self-employed, a model that should be overcome and normalised as it is one of the black holes for concealing tax bases.

In short, low-intensity measures with poor results, which do not affect the core of the tax problem: the exhaustion of the current tax figures. A journey to nowhere, travelling along amid noise and confusion so as not to change anything serious. When the reform can be evaluated, I suspect that it will not affect more or less than 2% of tax revenues.