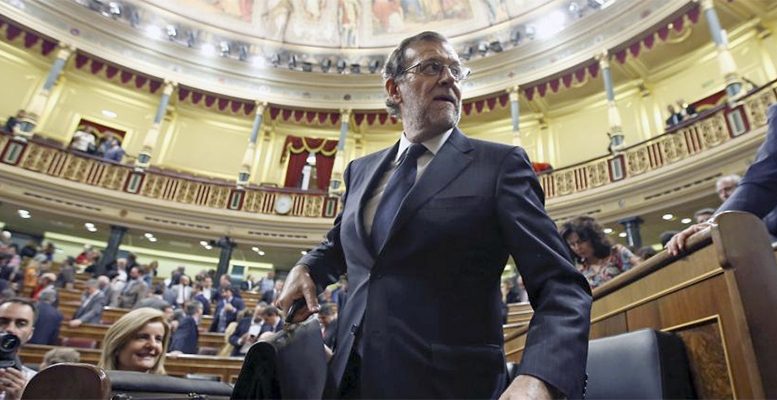 The Spanish government have presented but not approved yet 2018's budget

In the end, the Spanish government presented the budget for this current year in March. The budget is an operation in which economic science has to adapt to political realities. The governments – except for in emergencies as in 2010-2013 – cannot oppose the demands of the population too much. Furthermore, they want to continue to win elections – that’s logical. From this perspective, Cristobal Montoro’s budget – with “nods” to those with lower pensions and other things – is another example of the Finance Minister’s somewhat opportunistic equilibrium. And it’s something that, with the help of low interest rates on debt (ECB) and lower unemployment costs (an increase in GDP), both of which imply less public expenditure, is not turning out too badly for him.

Would budgets drawn up by the Cs been different – and better? Perhaps on paper yes, because Luis Garicano, their economic guru, has spent many more hours in the London School of Economics than Montoro. Another thing is how he could change the amount of the pensions or the big figures on social spending? Would it be responsible to introduce more tax cuts without guaranteeing an effective reduction in public spending and without bringing with it a dangerous risk of social conflict?

And if the PSOE were in government, with someone responsible like Jordi Sevilla in charge of the economy? Undoubtedly there would be more spending on education, research (betting on the future) and on some social items. He would dodge the pensions issue as far as he could, and would try to offset the rise in spending by increasing tax collection, with some new tax element included and experiment. The danger would be that the rise in spending will exceed the increase in income. Then the economy’s main problem in the medium-term – public debt – would correct itself even less than with Montoro.

No, the main criticism of the budget is not its content, but the fact that it will be presented in April and there is a very high risk that it will not be approved and end up being no more than a purely theoretical exercise. Spain’s problem is that although the economy is doing well – and the outlook is not bad either – the political crisis is taking control of everything. And there are serious risks in a country which is in permanent crisis – with a territorial problem which is threatening to cause disintegration.

Catalonia accounts for 16% of the population, 19% of GDP and 26% of exports. It’s not something on the sidelines of Spain. Rajoy implemented Article 155 the best he knew how to and could do, but the 21-D elections gave victory back to independence. But instead of reflecting and making it something of a turning point, the PP government continued to bet that the separatists would have to give in. They were confident that the crime of rebellion would politically liquidate the 28-0 separatists. But we have seen – after the German court’s ‘no’ to the extradition of Puigdemont for the crime of rebellion – that the Llarena strategy is not a political solution. And it can’t be. The courts can only apply the laws to the offenders, not solve a political conflict with 47% of Catalans. Condemning someone for rebellion – to strictly implement the law to satisfy many and frighten others – is not a panacea.

And it’s almost certain that the Catalan crisis will prevent the budget from being approved, which will be a blow to political stability and the duration of the current legislature.

Whatsmore, the ruling PP is going through a serious crisis, not just because it hasn’t solved the Catalan crisis which has strengthened the Cs, but because of its internal weakness.

The result of all this is that cracks are beginning to show in citizens’ confidence. The Consumer Confidence Index, which in practically all of 2017 (except for October, the month of the Catalan referendum) had been above 100, indicating it had entered the optimistic zone, has been below this for two months. And in March it declined once again with respect to February.

Perhaps the most significant thing is that the sub-index of expectations (still at 107, in other words above 100) has fallen more sharply (by 1.5%) than that relative to the current situation (90), which has declined by just 0.5%.