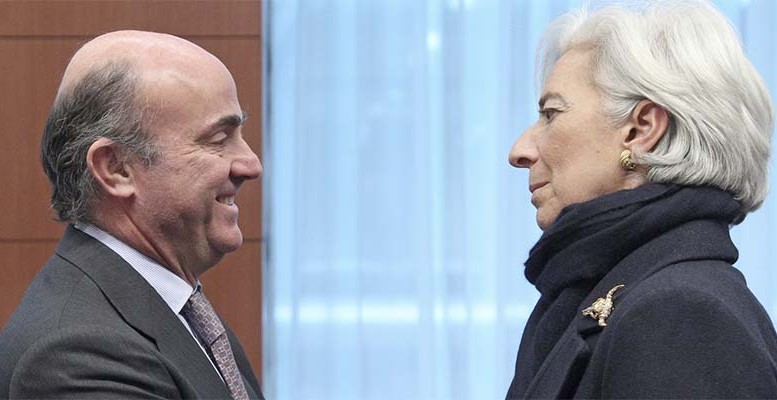 The Spanish economy will grow 2.3% this year, which means a notable slowdown with respect to the 3.2% expansion forecast for 2016 by the International Monetary Fund (IMF). The IMF has maintained its most recent predictions for Spain, while revising its 2018 growth forecast upwards by two tenths of a percentage point to 2.1%.

So the international organisation has corroborated the estimates of the IMF technicians who visited Spain last December to draw up their annual report on the Spanish economy. After their stay, they forecast GDP growth of 3.2% in 2016 and 2.3% in 2017.

The January update of the IMF’s “World Economic Outlook”, published in October, confirms that Spain will recover this year all the GDP growth lost during the economic crisis, exceeding in 2017 for the first time the volume of growth in 2008.

The improved forecasts for Spain for 2017 and 2018 compared with the October report are in line with the greater growth expectations for the whole of the advanced economies. The IMF has also raised its growth estimates for the developed economies by one and two tenths of a percentage point respectively for 2017 and 2018. They rise to 1.9% this year and to 2% for the following year.

That said, in its estimates’ update, the IMF flags “the uncertainty surrounding the direction of the incoming US government’s policies and its international ramifications,” warning that the suppositions on which the forecasts are based will clearly be more specific when next edition of “World Economic Outlook” is published in April.