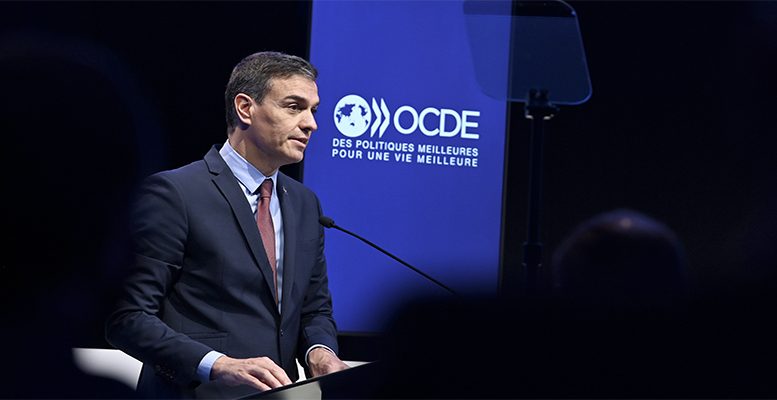 In its latest quarterly report, the the Organisation for Economic Co-operation and Development (OECD) said yesterday it expects the global economy to be poised to grow this year at the fastest pace in nearly half a century, boosted by aggressive US vaccination programmes and government fiscal stimulus packages. However, it warned that many poor countries have been left behind, and it will take longer than higher-income countries to return to pre-pandemic levels of per capita output.

Therefore, the OECD expects global economic output to rise by 5.8% this year, following a 3.5% contraction in 2020. This growth rate is higher than forecast in March, and would be the strongest expansion since 1973. In addition, the OECD also raised its global growth forecast for 2022 to 4.4%, from the previous 4.0%.

As for Spain, the OECD said its Gross Domestic Product (GDP) will grow by 5.9% in 2021 (5.7%; previous estimate), and by 6.3% in 2022 (4.8%; previous estimate). According to the organisation, it will be in the latter year that the impact of the vaccination on economic activity will be felt in sectors which have been closed due to the pandemic, such as tourism.

The impact of European aid will also be felt more strongly that year, the organisation said. However, it should be noted that this strong growth is a consequence of the fact that the basis for comparison is very low. The Spanish economy experienced the greatest fall in 2020 amongst the members of the Eurozone and the OECD, with GDP contracting by 10.8%. So it will take three and a half years for Spain to recover its pre-crisis level of GDP per capita. Only Iceland and Mexico, of the 38 OECD member states, will take longer to recover it.

Whatsmore, according to the OECD, the recovery in employment will be very slow. The organisation’s analysts expect Spain’s unemployment rate, which climbed to 15.5% on average in 2020, to fall by only one tenth of a percentage point in 2021 and drop to 14.7% in 2022.