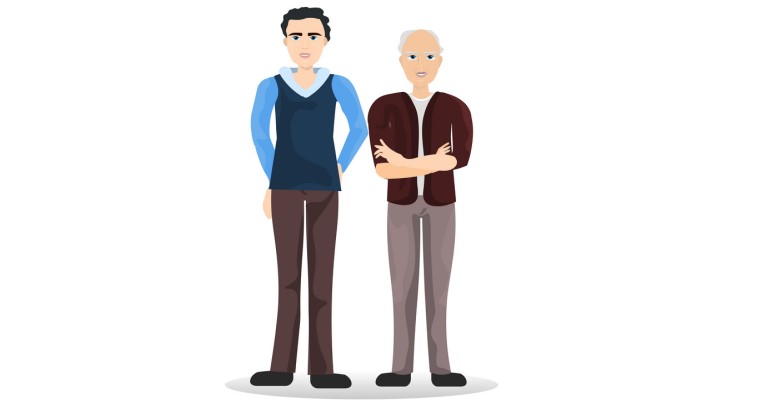 CaixaBank Research | The economic crisis triggered by COVID-19 is not affecting all groups alike, as we have already witnessed in other articles of the Monthly Report since the start of the pandemic. In this article we will analyse, using anonymised internal CaixaBank data, whether significant differences have been observed in Spaniards’ incomes and expenditure depending on which generation they belong to. In order to take a snapshot of incomes, we have taken into account the main sources: payroll, unemployment benefits, public pensions, public aids and income from private pension plans. As for consumption, we have examined card transactions and cash withdrawals at ATMs, as well as including direct debits.

Young people are the hardest hit by the COVID-19 crisis

One of the main results that emerges from analysing the data is that, in the three quarters of 2020 that were affected by the pandemic, the year-on-year drop in incomes was much more pronounced among young people (between 18 and 29 years of age) than among adults (30 to 64 years of age) and seniors (65 and over), as shown in the first chart.

In fact, the decline in the median income of young people was quadruple that of adults in 2020. In contrast, the median income of seniors increased in year-on-year terms in every quarter of last year and grew by 1.1% compared to 2019, a logical result given the pension increase implemented in 2020.

When we analyse the falls in income quarter by quarter (see second chart), it is no surprise that the biggest declines suffered by young people and adults occurred in Q2 (the income of seniors, in contrast, did not suffer), since economic activity was heavily affected by the lockdown, especially in April at the height of the restrictions. In Q3, we see that while adult incomes were still down in year-on-year terms, they managed to recover quicker than in the case of young people. Finally, in Q4, the incipient recovery in the incomes of both young people and adults was slowed with the arrival of the second wave of COVID-19; in particular, the biggest fall in incomes in Q4 was recorded in November, the month in which the restrictions were reintroduced across the country to curb the new wave.

Looking at consumption, for each generation it has followed a parallel pattern to that of income. Q2 serves as a case in point: despite the lockdown being widespread and affecting all citizens to a similar extent, the fall in consumption was much more pronounced among young people than in adults, whilst the reduction in consumption was more limited among seniors. Moreover, in Q3, when the easing of restrictions coincided with the onset of summer, the year-on-year change in consumption was in positive territory for seniors, unlike in the case of young people and adults.

Income quintile analysis: it is not just age that matters

Before concluding, we studied whether these differences in the evolution of income and expenditure are solely due to demographics or whether it is also important to take income level into account. The third chart presents the change in the median income and consumption in 2020 for each generation and, within each generation, for each income quintile.

When analysing changes in income, it is clear that both income level and age are very important factors. In particular, the drop in the incomes of young people within the first income quintile is particularly pronounced, as well as in the case of adults on lower incomes. As we progress through the quintiles, the decline in young people’s incomes reduces considerably (in fact, in the upper quintile the year-on-year change is positive), whilst only adults in the first quintile saw their incomes decline. Finally, seniors saw their income increase in all quintiles.

The results relating to consumption are also revealing. Firstly, in line with the data aggregated by generation, young people reduced their consumption more than adults, and adults more than seniors, in all quintiles. Secondly, the decline in consumption among young people and adults was significant in all quintiles, and unlike in the case of income, there is no clear trend of smaller declines as incomes increase. Thirdly (and this may be the most striking finding), we see that for the bulk of the population – adults and seniors – the most significant declines in consumption occurred among those with higher incomes. This may seem surprising, but it would actually be logical if people with high purchasing power spend a larger proportion of their consumption on the categories of goods that have been most affected by the restrictions – and have thus fallen the most – compared to people in other quintiles. This is precisely the conclusion reached by the Bank of Spain in a recent study, upon observing that the categories of expenditure most affected by the lockdowns – essentially those linked to greater mobility and social interaction, such as transportation services, recreational and cultural services, tour packages, and hotels, cafés and restaurants – represent a larger proportion of the total spending of higher-income households. This result has important consequences at the macroeconomic level, since people with high incomes tend to have a lower marginal propensity to consume than those in lower quintiles. This will tend to mitigate the impact of pent-up demand in the post-pandemic recovery

In short, in this article we have found that the big losers of the COVID-19 crisis have been young people, especially those with lower incomes. Adult workers with lower incomes have also seen them decimated, while the rest of adults have fared somewhat better. Finally, seniors have not been affected in terms of their income, but they have reduced their consumption, albeit by less than adults and young people. These patterns, which coincide with those of other European consumers, allow us to declare with greater conviction that the pandemic is having a very different impact on each generation in Spain’s domestic economy too.