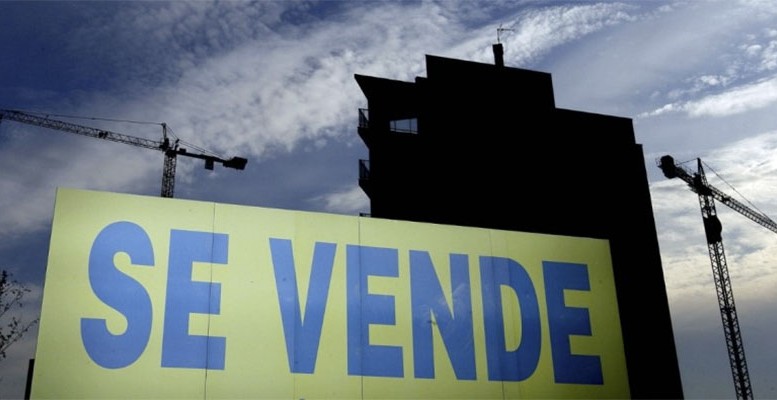 Spain’s property market is consolidating its recovery in the residential segment, while commercial real estate is clearly in an upward trend. According to a Bankinter report, demand for residential housing will continue to grow, reaching levels of 420,000 homes in 2016 and 450,000 in 2017  (compared with 367,000 in 2015). This rise will be fuelled by an improved jobs situation, lower financing costs and the fact that real estate is once again an attractive investment option.

So the combination of increased demand and limited supply in the big cities will boost average prices in 2016 and 2017 by an annual close to 3%, which could rise to 5% in premium areas. This improved outlook will have an impact on new home sales, which will experience a further boost this year thanks to the uptick in building permits in 2015 – always providing the political environment doesn’t erode confidence.

The figures for end-2015 will show growth of approximately 6% (due to lower demand in December 2015 compared to a year ago), which is an atypical month for transactions because of fiscal-related issues.

1) This is the second consecutive year that demand has grown.

2) The improvement in demand is region-wide, apart from Navarre.

3) This is the first time in 5 years that housing sales have passed the 400,000 threshold in 12 meses moviles.

This increase in demand is just for second-hand home sales, which rose an accumulated 14-3%.

In previous reports, Bankinter flagged that the recovery in the real estate sector would definitely not mean a return to the levels of demand during Spain’s property boom. They now add:

“Annual demand levels of over 900,000 home will be impossible to obtain as a result of structural changes in the market.” They cite the decline in the population due to a negative migration balance, the realisation that property prices can still decline and, above all, a jobless rate which will remain above 17.5% until end-2017.

On the other hand, Spain’s home-ownership level (78.8%) is significantly higher than the eurozone average (67.7%). So owning your own home will still be the main alternative within the context of economic recovery.

And what about prices? Well firstly, demand is definitely increasing, but sales are up by less than 10%, which means that prices are not going to see a substantial rise. And secondly, properties passed on by the banks to Spain’s ‘bad bank’ Sareb are still being sold off. At the end of the first half of 2015, Sareb held 98,726 real estate assets, of which 49% were transferred at a discount of 54%. Their disposal process will keep a lid on prices.

As far as the commercial real estate segment goes, the positive trend in rents, occupancy rates, yield compression and asset revaluations will continue to strengthen in 2016 and 2017. The best outlook will still be for office blocks Center Business District in the big cities and the retail sector (the “high street” end as well as established commercial centres). But fewer big operations and political uncertainty will put the brakes on the investment boom seen in 2015.

Bankinter recommends two kinds of assets to invest in, taking advantage of the property sector’s recovery.

“The acquisition of prime real estate assets, with the objective of obtaining a net yield of around 3%, with a minimum investment horizon of 3-5 years. And investing in Merlin Properties, which has the best outlook in the sector thanks to the quality of its asset portfolio, its visibility, revenue growth and dividend yield.”