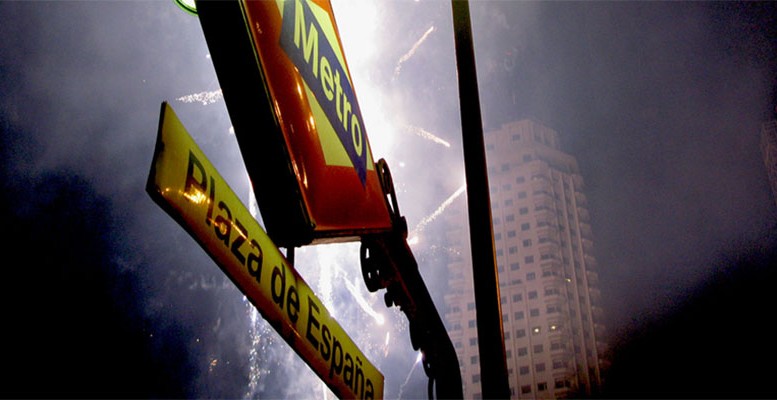 Spain overran its deficit goal by one full percentage point last year. While the caretaker government puts the blame on regions under opposition control, such as Catalonia and Valencia, rival parties adamantly attack its budgetary record. Even those wholeheartedly supporting a reckless profligate policy, criticise it for failing to meet the target. No one grasps that if public expenses equalled tax revenues, GDP would fall sharply. It might appear to be a rather awkward conclusion, but any junior graduate in economics would agree with it.

Right now, Spanish households, businesses, and financial institutions have accrued sizeable net savings, roughly amounting to 6.2% of GDP. This comfortable cushion enables them to finance both a 5.2% deficit and a tiny 0.6% external surplus. If the public accounts were to match this up to the very last penny, supply and demand would reach a new level of equilibrium. And this would result in a decline in national income and output, unless massive capital outflows could suddenly offset this. So the current Keynesian fiscal policy supports higher levels of production than otherwise would be the case.

Many point to lower than warranted public income as the main culprit behind the budgetary mess, endorsing a sharp rise in taxes as the only way forward. In other words, they believe that creaming off private savings to cover public finance shortfalls would do the trick. But this proposal entirely overlooks the side-effects any sharp increase in fiscal pressure has on efficiency and output.

Others firmly push for managing the country much in the same way as any prudent family, refraining from spending more than it earns. Yet wise people’s habits openly disobey this golden rule, and they get themselves into huge debt, particularly when buying a house. Companies behave in the same way to finance investment and business expansion. So does this mean they are reckless gamblers? No, they simply frontload resources savers lend them, with the firm belief that repayment will take place at a later stage.

The State follows the same pattern when running a deficit, betting on its power to raise taxes at will to honour its commitments. Investors share this faith, readily buying bonds as long as the public finances seem tenable. Chronic deficits can only become a real nuisance when doubts arise on the ability to repay debts. For the time being, this risk seems largely offset by the massive asset-buying scheme implemented by the ECB. Never before has the issuance of public bonds enjoyed such favourable conditions. This easy money environment will continue for years to come, unless an unlikely sharp increase in growth and inflation materialises.

To a certain extent, it does make sense to reduce deficits following a shallow trend as long as soft credit conditions continue. Close to negative rates offer clear incentives for living beyond one’s means, as liabilities seemingly involve no discernible costs. This assumption may prove valid in the short term. But things could turn nasty when rates start climbing again in the future. That’s why Brussels’ bureaucrats stubbornly insist on trimming down deficits the sooner, the better. Are they right to impose such a stringent discipline irrespective of the consequences? Many observers criticise it as a self-defeating strategy, curtailing hopes of a robust European recovery. The clumsy handling of the ruthless austerity stance provides ample room for their criticisms to be anchored. But a free run on budget deficits would swell debts beyond control, likely leading to disaster.

As usual, a middle of the road compromise seems the best-suited one. Spain should undoubtedly scale down its public imbalance, but at a reasonable rate to avoid undue economic hardship. Any attempt to impose a strict calendar on the country so it can achieve budget balance would backfire, reducing growth and raising unemployment to intolerable levels. What Spain should do is urgently address the mismatch in its labour market, ensuring both extended flexibility and a safety net for people in need. It should also quickly implement ambitious reforms aimed at delivering a sharper competitive edge. While tapering its deficit should remain a priority, this should be gradual. Otherwise, the fallout in terms of output and tax income would jeopardise its internal ability to meet this goal.