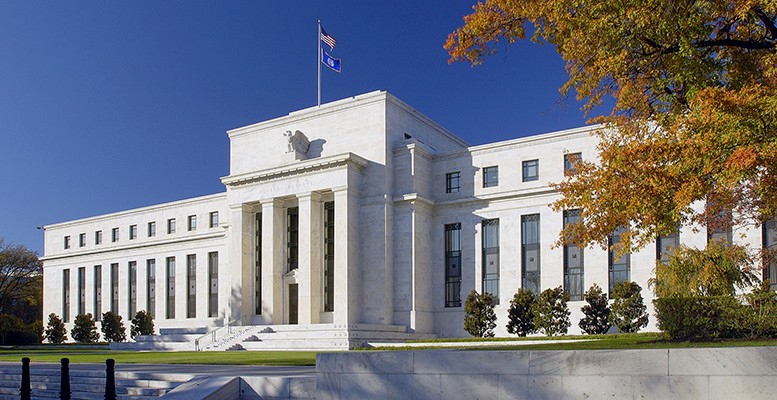 The FOMC left the target range for the federal funds rate unchanged in January and March, in large part reflecting the changes in baseline conditions that I noted earlier. In particular, developments abroad imply that meeting our objectives for employment and inflation will likely require a somewhat lower path for the federal funds rate than was anticipated in December.

Given the risks to the outlook, I consider it appropriate for the Committee to proceed cautiously in adjusting policy. This caution is especially warranted because, with the federal funds rate so low, the FOMC’s ability to use conventional monetary policy to respond to economic disturbances is asymmetric. If economic conditions were to strengthen considerably more than currently expected, the FOMC could readily raise its target range for the federal funds rate to stabilize the economy. By contrast, if the expansion was to falter or if inflation was to remain stubbornly low, the FOMC would be able to provide only a modest degree of additional stimulus by cutting the federal funds rate back to near zero.

One must be careful, however, not to overstate the asymmetries affecting monetary policy at the moment. Even if the federal funds rate were to return to near zero, the FOMC would still have considerable scope to provide additional accommodation. In particular, we could use the approaches that we and other central banks successfully employed in the wake of the financial crisis to put additional downward pressure on long-term interest rates and so support the economy–specifically, forward guidance about the future path of the federal funds rate and increases in the size or duration of our holdings of long-term securities. While these tools may entail some risks and costs that do not apply to the federal funds rate, we used them effectively to strengthen the recovery from the Great Recession, and we would do so again if needed.

Tools, tools, tools. It should be targets, targets, targets. A 2% inflation ceiling is a prison. Have a more realistic, explicitly flexible target for inflation and you stand much more chance of escaping the prison. And you won’t need all the tools if you dig your escape tunnel in the right direction. If the tunnel just goes from one corner of the jail cell to the other you won’t make it out – no matter what tools you have.

Of course, economic conditions may evolve quite differently than anticipated in the baseline outlook, both in the near term and over the longer run. If so, as I emphasized earlier, the FOMC will adjust monetary policy as warranted. As our March decision and the latest revisions to the Summary of Economic Projections demonstrate, the Committee has not embarked on a preset course of tightening. Rather, our actions are data dependent, and the FOMC will adjust policy as needed to achieve its dual objectives.

We all know you are not on a pre-set path of rate rises, praise the Lord. Winds will blow, currents flow. Things happen. But what if your economic projections are consistently much more optimistic than the markets, and the markets believe you will tighten according to the command of those projections? The dotplot for future rates will then cause alarm and market reactions. Not the dots themselves but the economic projections, the models that generate those projections.

In logic if you start with a falsehood anything can follow. The Philips Curve is false and so the market fears anything can come out of the Fed.

Financial market participants appear to recognize the FOMC’s data-dependent approach because incoming data surprises typically induce changes in market expectations about the likely future path of policy, resulting in movements in bond yields that act to buffer the economy from shocks. This mechanism serves as an important “automatic stabilizer” for the economy. As I have already noted, the decline in market expectations since December for the future path of the federal funds rate and accompanying downward pressure on long-term interest rates have helped to offset the contractionary effects of somewhat less favorable financial conditions and slower foreign growth. In addition, the public’s expectation that the Fed will respond to economic disturbances in a predictable manner to reduce or offset their potential harmful effects means that the public is apt to react less adversely to such shocks–a response which serves to stabilize the expectations underpinning hiring and spending decisions.

This penultimate paragraph appears to be a nod towards Market Monetarism. The market reaction to bad economic news will save the day as it carries an implicit reaction function by the Fed. This is the “bad news is good news” meme. Sure it happens sometimes, but only when the Fed is on a loosening bias. Things are much more uncertain when unexpected bad news occurs and the market doesn’t know what the bias of the Fed is. And it is really bad when the Fed is on a tightening bias and there is bad news, “bad news is bad news” days are really bad. We saw them in January and February of this year after Fischer’s disastrous “four more hikes” interview.

A closer reading of this paragraph makes it seem like the Fed just doesn’t know what it is doing, a consequence of its sticking to false Philips Curve models. It needs to get a better target than hard to measure inflation, and then let the market steer monetary policy properly. There is nothing predictable about this Fed other than it will continue to be unpredictable.

Such a stabilizing effect is one consequence of effective communication by the FOMC about its outlook for the economy and how, based on that outlook, policy is expected to evolve to achieve our economic objectives. I continue to strongly believe that monetary policy is most effective when the FOMC is forthcoming in addressing economic and financial developments such as those I have discussed in these remarks, and when we speak clearly about how such developments may affect the outlook and the expected path of policy. I have done my best to do so today, in the time you have kindly granted me.

The whole speech is suffused with a view that the Fed is outside of things, not an active player. Until the Fed realises it is the key player we will never get proper monetary policy. The concrete targets set by the fed to fulfil their dual mandate needs reform. The targets they have now don’t work and cause harm and confusion. We need a Hamlet with the Prince, we need a world economy with a self-aware Fed with the right monetary policy, one that is both player and a writer of the play.

Although some might be impressed by the Yellen Fed’s reaction function, to Market Monetarists it more appears like a willful child, shooting off in pursuit of a shadow (phantom inflationary projections), before being hauled back to reality by their parents (the market).

Perhaps the Fed is reacting better than in 2008, but perhaps not. Perhaps the US economy is weakening much more than they realize, like in 2008, and that merely not tightening is nothing like loose enough. The recent trend in NGDP growth is certainly flashing a warning signal.