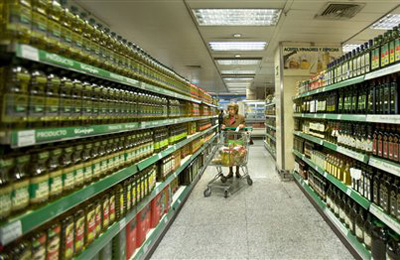 By Julia Pastor, in Madrid.- El Corte Inglés, the well-known Spanish department stores brand has had no alternative but to cut its food, drugs and perfumery products prices by 20%. Since the crisis began, their most direct competitors in this segment, the Valencia-based supermarket Mercadona and the French chain Carrefour have entered into a price war in which the retail company was out by their own choice. Now things have changed.

“In the middle of outstanding volatility, we had opted to keep prices stable. We were not interested in entering a price war or a sharp dynamics either. But things have changed a lot, and so we decided to change the strategy,” explained Diego Copado, El Corte Inglés’ Communication Manager.

It does not mean that the stores are to win the war. As Copado said,

“We do not want to be the cheapest, but to have the same prices that our competitors.”

The company’s strategy is not to become a low cost chain and doesn't involve reducing its offers of brands. Its way to differenciate themselves from competitors will be to stand in the middle. Neather the cheapest, nor the most expensive.

Another reason underlying El Corte Inglés shift of direction is to get rid of its external image as a chain not affordable for all budgets. In fact, 90% of the company’s costumers perceive its products as of very good quality but  also very expensive. However, the price reduction will not affect all the company supermarkets products, since they work with near 20,000 references, but it will be applied to some 5,000, that is, what the chain considers to be included in a basic daily food basket.

According to Copado, the new strategy means

“to sacrifice part of the margins, although we expect an increase in sales that may compensate that.” On the other hand, the price cut will not have impact on the chain quality products.

At this moment, Mercadona is the Spanish leading company within the retail sector in terms of sales, followed by El Corte Inglés.