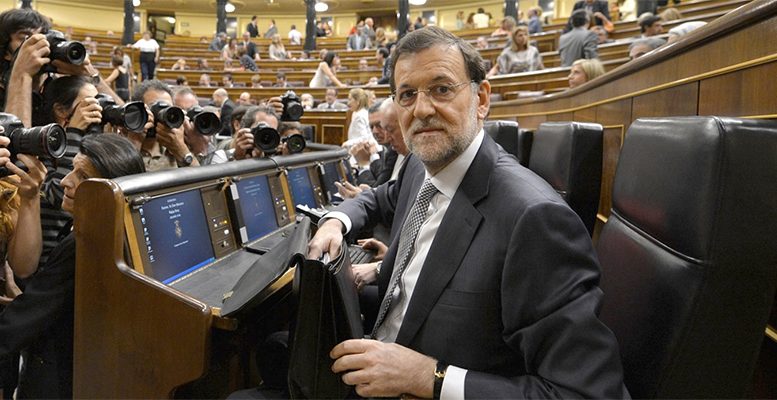 How can we summarise the current political-economic panorama in Spain? Through two surveys. On the one hand, the one from the Family Business Institute, which groups the big Spanish companies together. And on the other, the economic confidence barometer published by the CIS.

In the Family Business Institute’s last annual assembly at the beginning of May, the attendees gave the economic situation the highest mark of all, 5,88, in an internal survey.

We should bear in mind that GDP grew 0.8% in the first quarter, many research departments (those of International Financial Analysts and BBVA) have inreased their forecasts to 3%, while the European Commission has raised its estimate to 2.8%. Furthermore, according to the latest figures from the Social Security, in the year running from April 2016 to April 2017, no less than 658,000 jobs have been created.

Let’s go back to the Family Business Institute. During this year, 75% of its companies plan to increase their investment in Spain, 50% plan to increase their workforce, 32% to maintain it and just 9% to cut it. But this rosy outlook is ruined by one detail: for reasons which are not clear – they tell me that it’s a matter of sensitivity with regard to the prime minister, who is suffering the effect of another serious PP scandal and a rebellion in the Public Prosecution office – the Institute has suspended the second part of its survey this year, regarding the political situation. It’s all a bit strange, but in a university exam, the translation would be: inadmissable. A mark of 5,88 for the economy, a no for the political situation. Translation: we are doing quite well, but we could be derailed.

Some might think that the economic data and the opinion of the bosses just reflect what the elite think, those at the top, while those at the bottom – the common folk – are irritated by the social consequences of the crisis. It doesn’t look as if that is the case according to the latest CIS survey. Its economic confidence index, which hovers beteween 0 and 100, stood at 44,1 in April, very close to the average of 50 and showing a 16.7% improvement in one year. But, on the other hand, the political confidence index is 11 points lower at 35,3. The common people feel the same as the businessmen express. They are more wearied by the political tension and corruption than by the conditions of their daily lives. Translation: we are not doing too badly, but we are very distrustful and we feel a certain amount of anxiety about our future living situation.

Mariano Rajoy himself has acknowledged to the Family Business Institute that the situation is very fragile. He confessed: “My biggest concern at the moment is not carrying out reforms, which it is, but that those which have been implemented remain in place.” Leave them alone!

Ignacio Osborne, chairman of the Family Business Institute, blurted out: “We believe the country is beginning to overcome the crisis we have been living through since 2008. Now the time has come to implement significant reforms which make Spain a better place to live and do business in.” And according to the El Mundo headline, the Prime Minister answered him with “Reforms? We have 137 MPs”.

It’s a fairly honest explanation, but unfair. The Prime Minister cannot blame the voters for leaving him with just 137 MPs and with Ciudadanos gaining ground. Nor the PSOE, or a segment of the PSOE, either, as he maintains when he says: “There are those who are proposing to retract all the decisions taken and this would be a dreadful message to send.”

Perhaps that’s why the Family Business Institute has deemed it “indelicate” to ask about the political situation. And why the CIS’ Political Confidence Index is at a very low 35 (out of 100).