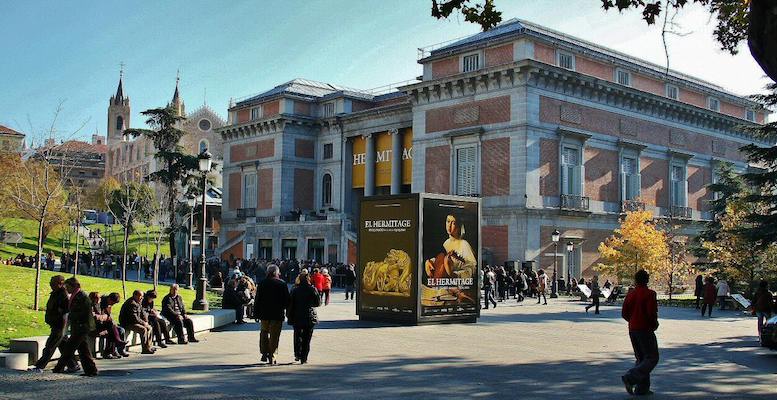 The Prado Museum is located in Madrid's Paseo del Prado

The ‘Landscape of Light’ in Madrid, which includes the Paseo del Prado and the Retiro, will be inscribed in 2021 as World Heritage by Unesco. The decision has been communicated in the 44th session of the World Heritage Committee of Unesco from China and celebrated by the Prado Museum, ‘headquarters’ of the Spanish candidacy. The ‘yes’ to the inscription of the ‘Landscape of Light’ as World Heritage by Unesco has gone ahead, despite the fact that the International Council on Monuments and Sites (ICOMOS) proposed that the candidacy be postponed. However, it indicated the potential that it could have in line with the criterion of a tree-lined avenue with important historical buildings such as the Palacio de Cibeles or the Bank of Spain in its axis, along with several museums such as the Prado, the Reina Sofía or the Thyssen. An “extraordinary urban landscape”, they say, that unites culture and nature since the middle of the 16th century.

It will be the first world property inscribed in the capital of Spain and will join the already declared properties located in the Community: the Monastery of El Escorial, the university and the historic center of Alcalá de Henares, the cultural landscape of Aranjuez and the Montejo beech forest.

Seven years of work have been behind the Madrid candidacy, an idea that emerged in 2014 from the municipal government led by former mayor Ana Botella. The dossier was finalised during the legislature presided over by Manuela Carmena. In October 2019, with José Luis Martínez-Almeida as mayor, the UNESCO evaluator visited the candidacy in situ.

The key to Madrid’s exceptional candidacy was that it was the first time an urban green space had been nominated. With yesterday’s ‘yes’ the city manages to settle a historical debt because it is currently the only capital of Western Europe without any property inscribed as World Heritage.