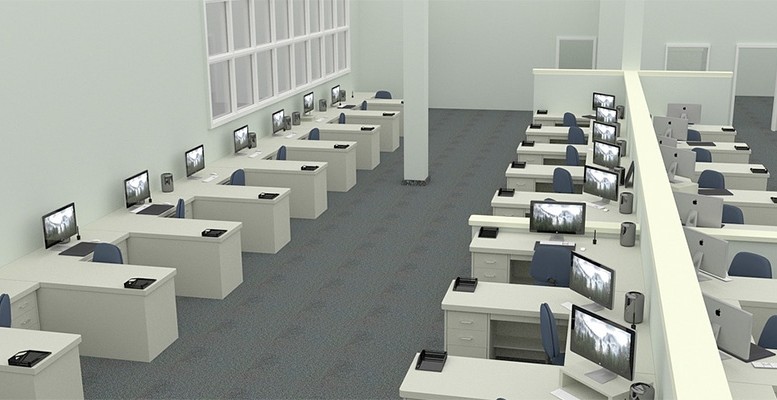 Bankia Estudios | Despite the improvement in macro data over the last few years (GDP has risen by 13% and employment – Active Population Survey – 12.1% from its lows), the consequences of the crisis on the destruction of Spain’s business fabric still remain.

Although the number of companies has increased over the last three years, the average size is still very limited: almost 96% have less than 10 employees on a salary, a percentage which is higher than that before the crisis broke out and that of neighbouring countries. This creater greater difficulties for accessing financing, innovating and improving productivity and competitiveness. The number of companies active in Spain rose in 2016 for the third consecutive year, up 1.4% to 3.28 million, the highest figure since 2010. That said, it is still 4.1% below pre-crisis highs.

Although the bigger accumulated growth since 2014 corresponds to small and medium-sized companies, they are also the ones which have experienced the biggest adjustment since 2008. Meanwhile, the figure for the smallest firms is barely 3% lower than pre-crisis levels.

The intense destruction of employment during the crisis was the result of the reduction in jobs in companies which survived, but also the disappearance of small firms with only a few employees. And it’s the latter which are now the protagonists in the business fabric’s recovery process. This could in part explain the fact they have not recovered the pre-crisis employment highs.

On the other hand, the proportion of micro firms in Spain is above the average of our EU partners and, most of all, of some countries which are leaders in innovation, like Germany, the UK, Finland or Denmark.

As far as the age of Spanish companies are concerned, at January 1 2017 only a sixth of the total had been in existence for 20 years or more, while 20.8% had not even been around for 2 years: that’s three percentage points more, in both cases, than four years before. In other words, we can see there is a reduced survival rate, or what amounts to the same thing, a high mortality rate in Spain’s business sector.

The two characteristics of the companies analysed previously (size and age) are very closely linked. So, the firms which have been around for less time are usually the smallest ones (41.4% of companies with less than two salaried employees did not survive for two years), while the oldest companies correspond to the bigger ones (45.1% of firms with 20 or more salaried employees have been around for more than 20 years).

And finally, during the last year under analysis (2016), 419.504 companies started their activity, the highest figure for at least a decade; that said, there was also a huge rise in the number of companies which closed down: 385.165 put and end to their activity, the highest number since 2012. As a result of the above, the net balance was positive for the third consecutive year (34.339 companies), although less than in 2014 and 2015. By activity, the high positive balance in other services stands out, particularly in the areas of  property, health and education. This contrasts with the net destruction in construction and commerce.