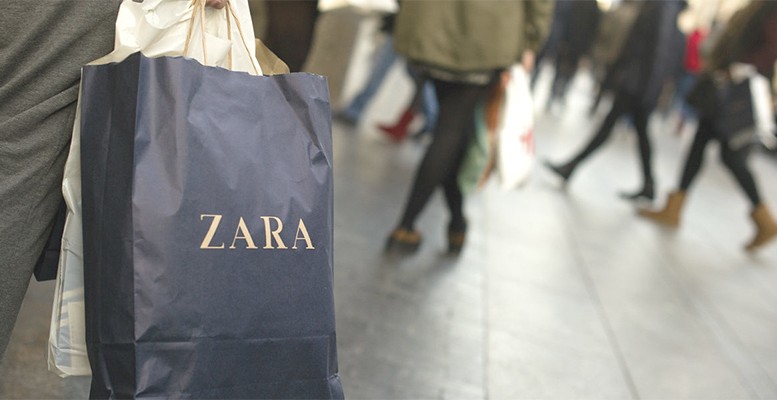 Ofelia Marín-Lozano | Since 2014, Spain’s economy has been recovering and this has been apparent in almost all sectors, but unevenly. One example is the retail sector, with big names like Mercadona, El Corte Inglés, Inditex and Carrefour. All four companies increased their sales in Spain in 2014 (by 2%, 5%, 2.6% and 0.1% respectively). It was the first time El Corte Ingles had seen a rise in sales since 2010, while in the case of Carrefour it was 2008.

Mercadona bagged second position in Spain in 2014 in terms of sales (only beaten by Repsol), exceeding the El Corte Ingles Group by 25% and selling even more than Inditex at home and throughout the world. Inditex consolidated its leadership in terms of earnings, with a profit of € 2.501 billion (compared to € 543 million at Mercadona and € 118 million at  El Corte Ingles). But El Corte Inglés maintained its undisputed leadership in terms of assets (fixed assets close to € 16 billion, almost double that of Inditex and over four times more than Mercadona).

A few years ago, the differences between these companies were not so marked. For example, in the case of sales, which since 2009 have contracted at Carrefour and El Corte Inglés (around 10% in both companies), while growing significantly at Mercadona and only slightly at Inditex Spain.

Although the bigger figures are very disparate, the difference in the operating profit margin on sales highlights the four companies’ diverse abilities to adapt to competitive environments.

With an operating profit margin on sales of 17.7%, Inditex could even implement a substantial reduction in prices (with the limit of that 17.7%) without incurring operating losses. But neither Mercadona, Carrefour nor El Corte Inglés could implement an overall price cut of 4% without incurring losses (always assuming that costs remain constant).

The reasons for this situation do not only reflect the differences in size, international presence or type of product. So the fifty-year-old Carrefour, with international presence and enormous size, achieves a lower operating margin than Mercadona, which is larger nationally but much smaller in terms of global sales. Then there is Inditex, which sells fashion – a product with more value-added than food. It achieves a much higher margin than El Corte Inglés which, given its products, could obtain higher margins. The main cause of the divergence seems to be more about the growing importance of the private-label retail versus the multi-brand. Also the primacy of the companies which offer lower prices compared to those with medium prices, a trend that we see throughout the world.

In the clothing sector,  Zara (Inditex’s flagship brand), H&M or Primark follow the same model: own brand and low or medium-low prices. In food retail, Mercadona, with its own-brand hegemony, has gained ground over Carrefour and El Corte Inglés. In sports, Decathlon, and in furniture, Ikea, are other good examples of the predominance of the own brand and the ability to offer a competitive price, while still achieving good margins.

On the other side of the coin, Spain’s Cortefiel or El Corte Inglés and Germany’s Metro Group (owner of Makro, Kaufhof Galeria, Mediamarkt, Saturn…) are some examples which illustrate that multi-brand companies and those which offer medium prices are being relegated. Both their recent growth and margins demonstrate it. (Operating margin on sales lower than 3% in El Corte Inglés and Metro group. Recent losses in Cortefiel compared with an operating margin on sales of around 14% and 18% in Ikea, H&M and Inditex). Society’s tendency to prioritise price versus service, immediacy versus longevity and fashion versus durability, of course also has something to do with this.

In short, although the traditional retailers (El Corte Inglés, Carrefour) are recovering ground compared to the new ones, such as Inditex or Mercadona, they still lag behind. The multi-brand is languishing in the doldrums compared to the private label (alone or in high percentage), which allows for vertical integration and so more competitive prices and improved inventory management.

As far as these companies’ share price goes, the divergence in valuations (Inditex now exceeds € 100 billion, while Carrefour is valued at a fifth of this, with a difference in profit of only 50%) seems to anticipate that both trends, namely own brand versus multi-brand and low versus medium prices, are here to stay.