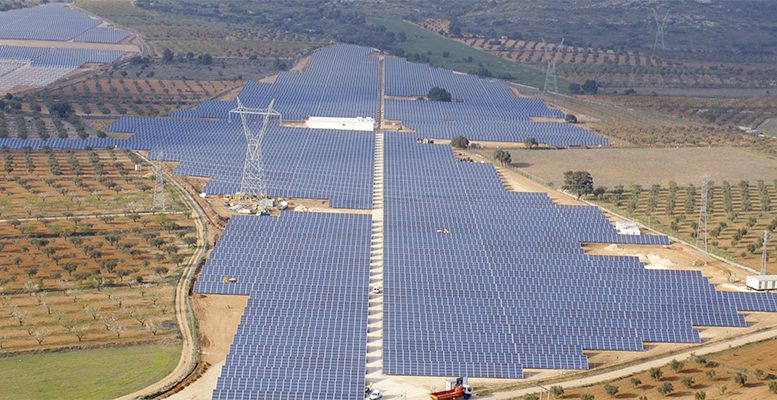 Intermoney | No beating around the bush. The generation of energy through photovoltaic technology is one of the keys to Spain’s economic recovery and beyond. It is also key to the energy sector and the ecological transition that has been so in demand in recent times. Photovoltaic generates clean energy that does not emit greenhouse gases, and, very important in economic terms, it means the creation of green, local and quality employment. Wind energy is going to be an economic lever for overcoming the crisis we have had since the arrival of COVID-19 and, of course, photovoltaic is going to follow in the same footsteps: at the beginning of 2020, before the arrival of COVID-19, more than 59,000 people were working in photovoltaic, including direct and indirect jobs, with a direct contribution to GDP of 0.24%. These figures are expected to increase over the years, as Spain is a leading country in the manufacture of photovoltaic technology due to its leading companies throughout the value chain (power electronics, trackers, structures, design, specifiers, developers, etc.).

Growth and forecasts for photovoltaic energy

In Spain, according to the National Integrated Energy and Climate Plan 2021-2030 (PNIEC 2021-2030), the forecasts we have for installation up to 2030 are to reach 39 GW of photovoltaic solar energy, with 12.12 GW already installed by June 2021. This will involve around 20 billion euros in investments. At the end of 2019, Spain was the sixth country in the world in terms of installed photovoltaic capacity, and now we have already tripled this capacity, as a result of the various renewable auctions held in Spain. Our General Manager, José Salmerón, explains how they are going to be distributed in these first years, with the forecast of awarding approximately 1,800 MW of photovoltaic capacity in auctions each year between now and 2025. In 2021, twice as much photovoltaic (2,036 MW) has been awarded as wind (998 MW), which should come into operation in 2023 and 2024 respectively.

Is it profitable to invest in photovoltaics?

Yes, photovoltaic technology in Spain has long since reached grid parity, which is defined as the turning point at which photovoltaic energy generation does not need incentives or subsidies to compete in the market with other generation technologies. In other words, it is produced at a lower cost than the general market purchase price. This can be seen in good detail in another article by Gonzalo Martínez in which he talks about the first renewables auction in 2021. It can be seen, for example, how the weighted average price resulting from the auction is lower than the wholesale market price of electricity in Spain over the last 10 years. Moreover, it is a low-risk product in economic terms for all the above reasons, and for this reason the financing should be attractive to all parties involved in the development of photovoltaic technology. The numerous projects and companies awarded power in recent auctions are proof of this. The only considerations to be taken into account are that deadlines are tight, with numerous renewable projects currently in the pipeline, and this requires agility in applying for all permits. All projects with access permits will not be built due to the need for environmental, administrative, land or financing authorisations that may not be granted in some cases. For all these reasons, photovoltaic technology is going to give a good boost to the renewable energy sector in Spain over the next ten years, at least, making it a green engine for our economy and our country an international photovoltaic hub. Especially if it is committed to the national production of the technology necessary to achieve the photovoltaic power installation targets of the PNIEC 2021-2030.