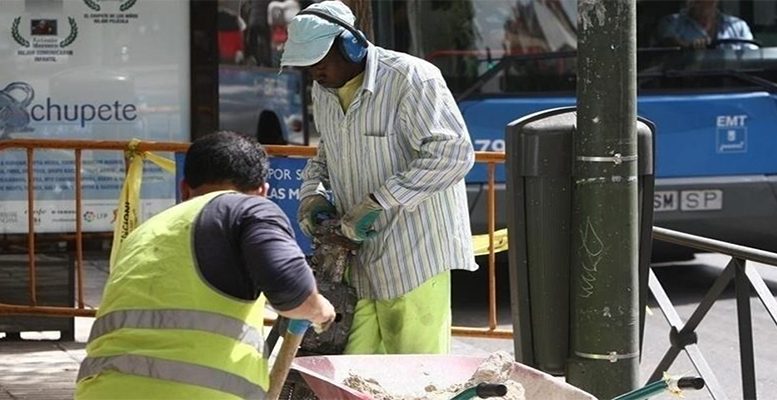 For a second successive year, the arrival of immigrants has invigorated the Spanish population, otherwise stuck in organic stagnation. In opinion of Bankia Estudios analysts, although the increase is “modest”, in the end it is “hopeful”as it means an intensification of the rhythm identified in 2016 (0.2%). In 2017 the number of Spaniards moving abroad again reduced, in line with the better economic conditions in Spain.

According the the Population Data elaborated by INE, on 1 January 2018 the population resident in Spain was 46,659,302 people, 132,263 more than a year earlier, in what is the second increase in population after four years of decline. Even so, in comparison with the maximum population of 2012, Spain still has 158,914 fewer residents.

The arrival of people from abroad increased by 28.4% , while the emigration of people abroad also grew, but more slowly (12.4%). In terms of immigration, both foreign citizens (+29.4% – 85% of all immigrants) and returning Spaniards (24.7%) increased. 76% of the emigrants are foreigners leaving Spain, an increase of 18%, while the number of Spaniards emigrating has reduced for the second consecutive year (-2.4%)

As a consequence of this organic and migratory performance, the weight of foreign citizens in Spain has increased and reached 9.8% of the population, even if at the beginning of the crisis (in 2009-10) it reached a maximum weight of 11.6%.

In terms of autonomous communities, the Baleares, Canaries, Catalunya and Navarre are those which registered an increase in population above the national average. By contrast, the resident population declined in 8 communities, especially Castille Y Leon, Extremadura and Asturias.

In 2017, 343,919 changed their autonomous community of residence, 1% less than 2016. Madrid is the main destination for these internal migrants, and together with Andalucia, Cataluña and the Community of Valencia concentrates 53% of the arrivals of residents from other communities. The balance between emigration to other regions and new arrivals is also led by Madrid, while 9 communities show a negative internal migration balance, with Andalucia suffering the greatest drop in population in favor of other communities.