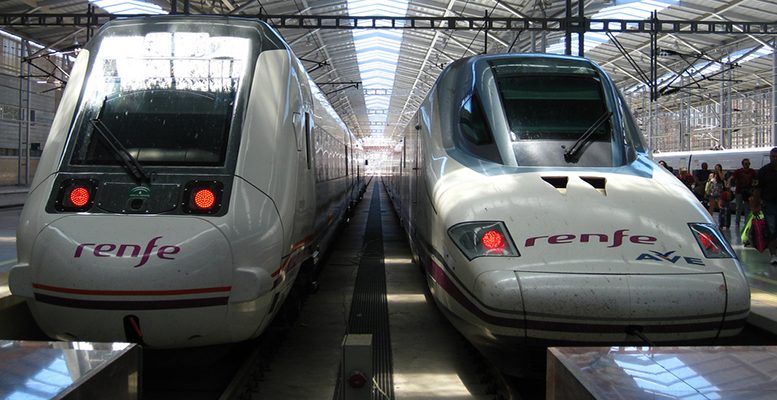 As reported by Elena Ramón in the newspaper Expansión, Correos, Adif, Renfe and Paradores are extending their losses for another year. However, all of them assure they will increase revenues next year.

The General State Budget for 2022 presented by the Government forecasts that Aena and Enaire will return to profit next year and join Puertos del Estado and Loterías, two entities which are resisting all setbacks. But Renfe, Adif, Adif Alta Velocidad and Correos will remain in the red for another year.

The overall result will not be positive. Sepi (Sociedad Estatal de Participaciones Industriales), the holding company that groups together the main state-owned companies, will close this year with losses of 163 million euros. And losses of a further 41 million euros in 2022. Its revenues will increase by almost 6% and will reach 5.448 billion euros.

Sepi does not have a stake in Aena or Loterías, but it does receive dividends from REE, Enagás, Ebro Foods, Indra, Airbus and IAG. Debt remains at around 6.7 billion euros and income at around 5 billion, but SEPI is expected to grow in size in the coming years. Amongst other reasons because the government has already approved seven bailouts. These are Air Europa (475 million), Ávoris (320 million), Duro Felguera (120 million), Tubos Reunidos (113 million), Plus Ultra (53 million), Rugui Steel (25 million) and Hotusa (241 million).

The budget forecasts also highlight the recovery of Aena, in which the state has a 51% stake through Enaire. The airport operator will earn 432 million euros in 2022, after losing 21 million in 2021. Its revenues will stand at 3.18 billion euros, an increase of 43%.

Renfe and Adif, two other business victims of Covid, will not be so lucky. The former, already fully involved in the liberalisation of the Spanish high-speed rail network, has a loss forecast for this year of 304 million euros and 34 million for 2022. The gap with which it will close this year is much higher than the 142 million euros of red numbers predicted by the Government in the 2021 Budget. However, the forecast is that its revenue will rise sharply to more than 2.052 billion euros, compared to 1.321 billion a year earlier.

The railway operator Adif, whose fees have been lowered to stimulate the use of trains during the pandemic, has the biggest imbalance in high speed segment. The company Adif Alta Velocidad has also accumulated on its balance sheet long-term debts of 17.770 billion euros. It is less than the 18.315 million euros with which it closed 2020, but a figure practically equivalent to the sum of the liabilities of the rest of the public companies.

Correos is still convalescing. Before the pandemic, it had resolved the Universal Postal Service (USP) issues with Brussels and was preparing to move into profit, but the accounts fell apart in 2020. The traditional postal business is not taking off. Whatsmore, in parcel delivery, where margins are much lower, there are giants such as Amazon, DHL and Seur ready to take on the competition. Correos is expected to lose 77 million euros this year and another 28 million in 2022. Its revenues, which in 2019 reached 2 billion euros, will close 2022 at 1.888 billion.