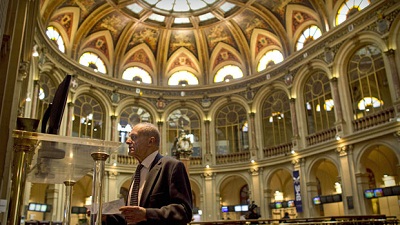 MADRID | The Bank of Spain has cleared the plans presented by financial institutions to meet the demanding requirements designed to clean up real estate exposure. As expected, extra needs fall short by 10% to the €50 billion that the government forecast when launching the reform in February. Considerable adjustments undertaken at last year close have eased up the pending effort. Will this encouraging result calm down market concern? There is ample room to cast a doubt on that.

Raising €44.6 billion will prove far more daunting than envisaged. The sanguine assumption that most of the adjustment will build on profits earmarked for provisioning or to finance increased core capital seems a mere wishful thinking. Moreover, it is flatly inconsistent with the supervisory body predicting a sharp fall in profits. Who might be ready to fill he gap? Don’t count on private investors shivering at the prospect of losing their money in such a risky gamble. Taxpayers seem the most likely candidates to foot the bill. Even if public support is disguised to avoid being considered as additional deficit, it will inevitably fatten the debt figure.

But the real concern focuses on the devastating impact the current depression might have on solvency. The much heralded financial reform only ensures full coverage of potential land related losses. Other items are left fairly exposed. Should unemployment dent retail mortgages, balance sheets might be subject to substantial deterioration. Should the economy continue its present free-fall, the rate of impaired assets is bound to rise beyond control. This doomsday scenario is what markets are afraid of.

Undoubtedly the banking shake-up following the reform has dispelled a number of uncertainties that undermined banking credibility. But acknowledging your shortcomings, for all the merits it may have in terms of transparency, will not enhance your position unless you are able to overcome them. Falling profits and a foreseeable increase in write-downs do little to alleviate concerns on Spanish financial stability. Only sound growth prospects could effectively quell such fears.

Be the first to comment on "Will rubber-stamping bank plans convince the markets? Spain needs growth"