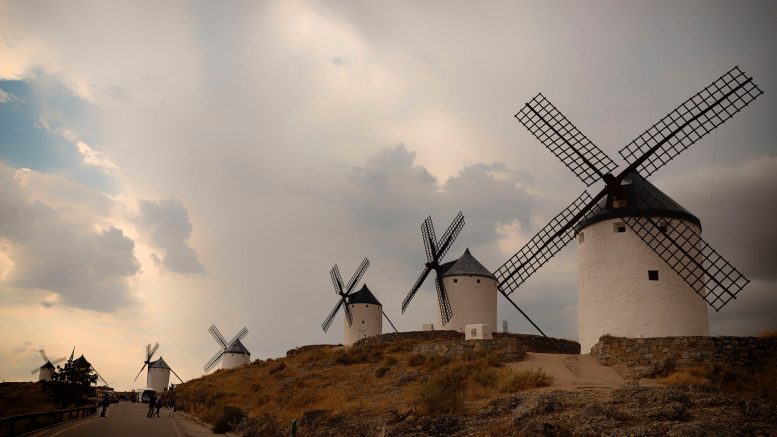 Eduardo Moyano Estrada via The Conversation | Spain is an urban country, as shown by the fact that more than 80% of the population live in less than 20% of the territory (and four out of five Spaniards live in municipalities of the more than 30,000 inhabitants). But it also has an extensive rural space, given that around 80% of its territory has an average demographic density of 18.4 persons/km2, with more than half od its municipalities in serious risk of depopulation.

Behind these figures lies a very diverse reality, with clear contrasts between regions and even with the same region. This makes depopulation a complex issue, difficult to tackle with general and uniform solutions.
There is talk of treating it as an issue of state, and it would be good, but the policies and actions must be defined adjusting them to the diverse reality of each territory, given that what might be useful in some rural areas might not be in others.

Who cares about rural areas?

However, as well as these demographic data, there is other empirical evidence, and this is that in Spain agrarian and rural issues are of little interest, which is particularly obvious when elections come round.

Apart from in the agrarian sector (Ministry of Agriculture and professional organisations) and among specialists, this issues raise little interest in the media and opinion circles. It is true that, for some years, the issue of rural depopulation has entered the political agenda (a High Commission has been created), but it still has not passed from discussion and diagnosis to concrete action plans.

It might be thought that this disinterest is normal, given the ever reduced weight of the agrarian sector in the Spanish economy (it represents barely 3% of GDP and generates slightly more than 4% of employment). But other countries in our region have similar figures, like France, and yet they ay much more attention to rural and agrarian issues, which form part of the political debates.

This difference could be explained by many reasons, some historical, but there is one, political, which I want to highlight. I refer to the fact that, in France, given very small electoral constituencies (equivalent to a district), the vote of people who live in rural areas has great influence in assigning the seats. Therefore the interest in issues related to agriculture and the rural world extends into the range of concrete political activity, forming part of the pre-electoral political debates.

This does not happen in Spain, where, given the much larger electoral constituencies (province), the political weight of rural areas is less, being outweighed by the vote in provincial capitals and the large urban municipalities. For this reason, agrarian and rural issues are not present in the discussions of the state of the nation, or the session of investiture, or the motions of censure, apart from some passing reference.

And this is worrying, given that agrarian issues extend beyond the restricted ambit of the sector. If Spanish society wants health and quality food, a well preserved countryside, well managed natural spaces and rural territories which have not been abandoned, it is important that we all talk about agriculture and the agricultural models that we want.
We must discuss whether or not we want macro-farms, or if we prefer agricultural models more integrated in the territory. But also whether we want to continue increasing the area of irrigated farming or prefer to limit it in favour of a greater efficiency in the use of water resources.

Moreover, we must debate whether we are going for hyper-intensive agricultural models or for more extensive and ecological models. We should also be concerned about whether we think the EU should continue supporting producers with direct payment systems which, without any limit, rewards area more than activity.

What agriculture do we want

In the same way we must debate if we want to support generational change and the installation of young farmers, and if we want to facilitate the real access of women to the joint ownership of farms. We must debate we want digitalisation to reach the agrarian sector in a balances way without generating a new social breach between, on one hand the most capable farmers best places to take advantage of the opportunities the new technologies offer, and on the other, those that are worse placed.

In short, these are questions which extend beyond the narrow ambit of the agrarian sector and which, because of that, should be an object of general interest. They are questions for citizens as a whole, and not just for farmers and those who live in the countryside, given that agriculture is the base of a relevant food product sector and the support of our large rural territory.

As a farmer friend said, agriculture is so important for society that it cannot be left in the hands of farmers. It has to be an issue shared by all, but to achieve this we must pay it more attention than it has been receiving.