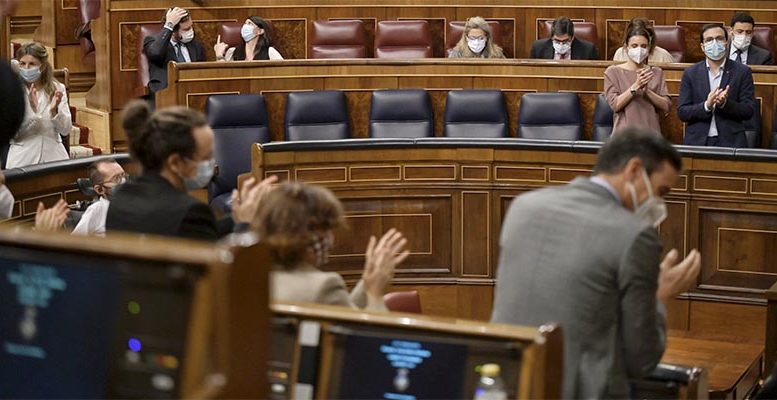 On Thursday, Parliament approved the 2021 Budget with the support of 11 parties and 188 votes, including Catalan and Basque separatists. This means a majority for the left which is even higher than the one Prime Minister Pedro Sanchez obtained for his inauguration. And so the future of the new accounts, the first from the coalition government, is finally clear. They would come into effect on January 1, leaving behind those of 2018, drawn up by the previous PP government and still in force. The budgetary plan includes broad tax increases and the birth of the Tobin and Google taxes. These will burden financial transactions and digital businesses.

The final approval seems to be a key success for the minority, left-leaning government coalition and puts an end to years of division due to the budget gridlock.

Furthermore, the new state Budget has a strong emphasis on social policies such as a boost in public spending. There is also a hike for corporations, to help ease the difficult economic situation created by the coronavirus.

Spain’s damage from the coronavirus pandemic is very deep. The country’s economy is forecast to shrink almost 12% this year. This is more than any other euro-area country, according to the International Monetary Fund’s Economic Outlook in October.

“Spain is saying goodbye to another era and is moving forward, dedicated to a future of progress. Thanks to all who have stepped up to move the country forward,” Pedro Sánchez stressed, according to EFE