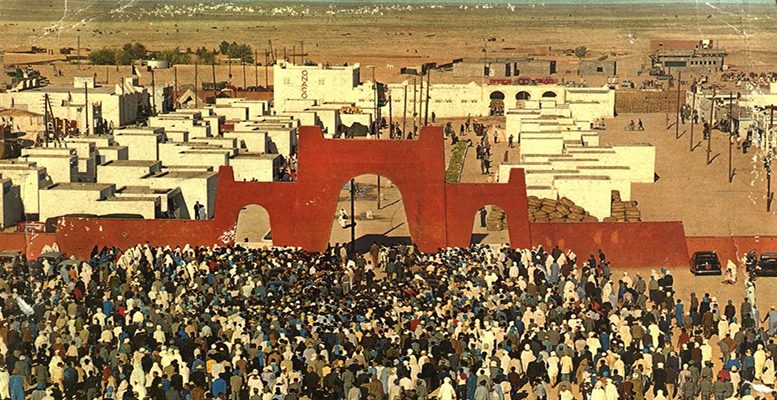 Fernando González Urbaneja | With these three words (values?) Morocco is convincing the countries that count that its plan to integrate the Sahara into its territory is worthwhile. That it is the best option for resolving a problem entrenched in the United Nations for half a century. One of the last stages of the decolonisations which have taken place in the 20th century with bloody and dramatic conflicts. Decolonisation processes that have provided contradictory and less positive results than were estimated in their first avatars.

The United Nations resolutions, in accordance with previous practice, endorsed a process of self-determination for the so-called Sahrawi people, abandoned by Spain at its weakest moment and occupied, at least partially, by Morocco, which sees it as part of its national design. On the other side, Algeria is reluctant as regards any reinforcement of its Moroccan neighbour and therefore supports self-determination for the Sahara.

It is obvious that Morocco is unwilling to admit the uncertainty of a self-determination process for a territory it already occupies, albeit without sufficient authority and rights. In order to attract the indeterminate Sahrawi population, the Moroccans offer a model of autonomy, more or less broad and credible, but assuming an indisputable sovereignty that includes a monopoly of force.

Spain is an unavoidable party in the conflict, although it lacks decisive power. For Morocco, Spain is important but not necessarily decisive. More so for the powerful countries, mainly the United States, France and Germany, which, patiently and carefully cultivated by Morocco, have taken on board the concepts at the top of this note. A “serious, credible and realistic” solution, a string of words (concepts) so that realpolitics prevails in the interpretation of the resolutions.

The Zapatero government was in favour of a satisfactory solution for the Moroccans, even if it meant putting an end to promises to the Polisario, the main Saharawi resistance to accession to Morocco. He did not find the time or the opportunity to materialise this uncomfortable alternative for part of the party and the rest of the left. Pedro Sánchez has found the moment and has proceeded with audacity and determination for socialist rectification. Surely with a more calculated calculation of risks than he perceives in the face of the immediate reactions of the Algerians, the government’s partners and the Spanish opposition.

The position of the United States and the Europeans is pragmatic: resolve this conflict because there are more important issues to attend to in the Mediterranean, both strategically and in terms of energy. Morocco and Algeria will have to think about reaching an understanding, defusing disagreements and tension, and the Saharawis must stop being a thorn in the side. That is why a solution must be defined that appears “serious, credible and realistic”. What we have not been told is the price, who will pay and who will be paid. For Spain, Morocco is the inevitable neighbour with which it must maintain reasonable neighbourliness.