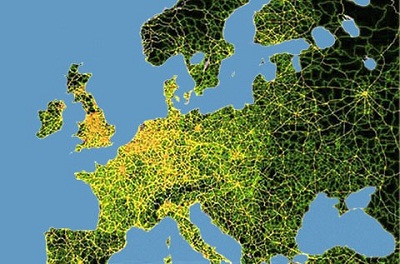 MADRID | Spain’s ministry of Public Works will request that the route across the Pyrenees be included in the trans-European transport network or TEN-T by the European Commission, reports the daily newspaper Negocio. The head of the department, Ana Pastor, has presented to the media the proposal that will be made in Brussels to help shape this network. Pastor went as far as describe that route as a

“key infrastructure for the achievement of social cohesion in Spain.”

TEN-T is a comprehensive design of infrastructures to meet Europe’s transport demands, whose development is a priority and that the individual governments will undertake in two phases, 2030 and 2050.

In this context, minister Mrs Pastor stressed the importance of including the connection to the Pyrenees, although the European Commission discarded this possibility last October. The ministry of Public Works has also included other proposals on rail, port, airport, and roads in the paper to be brought to Brussels –included in the Plan for Infrastructure, Transport and Housing (PITVI) announced last week and expected to be resolved in the autumn of 2013.

“realistic and ambitious” plan “agreed on by all the authorities and the autonomous regional governments with the objective of achieving territorial unity and boosting growth and competitiveness in Spain.” The head of Public Works assured that she would press ahead towards “obtaining the greatest financial support from Europe” although she did not point out the amount of the investment needed.

“essential to boosting Spanish competitiveness in Europe.” Mrs Pastor particularly stressed the importance of ports as “70% of Spanish trade is done through the port located in each province.”

The government’s paper adds the Port of Vigo and Santander to the core transport network (scheduled for 2030) with the rest of the ports that were already included, and the ports of Vilagarcía de Arousa and of Ría de Pontevedra to the second tranche of the project (expected in 2050).

With regards to airports, the new plan proposes the expansion of the core network to Murcia’s airport, while those of Malaga, Tenerife, Alicante and Santiago de Compostela should be considered part of the global network,

since they are “airports of general interest.”

Roads have also been incorporated, and among them stand out: the Ruta de la Plata, the unions between Madrid and Galicia, and Honrubia-Albacete-Murcia. In terms of railway, the connections of Vigo, Aviles, and Santander have been added to the fundamental cross-boarder communication lines.