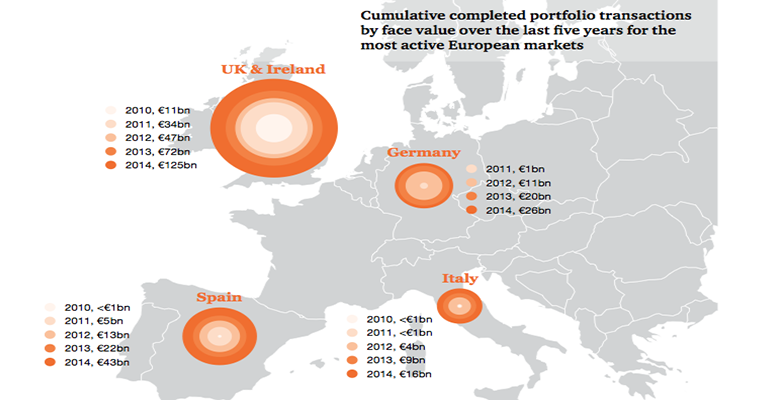 The United Kingdom, Ireland and Spain are the main European markets in the purchase and sale of non-strategic banking assets during the first half of the year.

In Spain transactions equivalent to 6 billion euros were completed in the first six months of 2015.

“With 15 operations currently underway,  20 billion euros in transactions are expected to be completed by the end of the year, compared to the 21 billion in 2014 and 9.5 in 2013,” according to a PwC report.

The UK remains the leading market for portfolio transaction with expected operations amounting to 56 billion euros by the end of this year.

“We predict the UK and Ireland will have another strong year in 2015, but it will be the Italian market which will be the talking point as the market responds to regulatory reforms and increasingly high trends of investor appetite. The CEE and Netherlands are forecast to have significant portfolio transaction activity in 2015 as well and we think bank restructuring still has a way to go in these regions,” the consultancy firm noted.