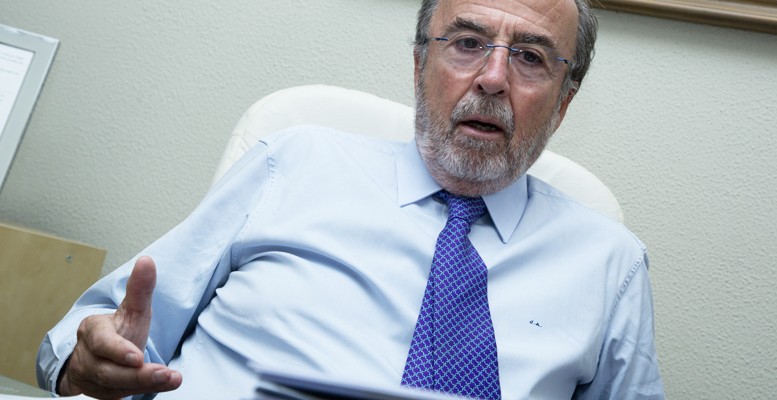 By Fernando Barciela | Board member at Ferrovial, amongst other Spanish listed companies, Juan Arena was President of Bankinter from 2002 to 2007. If central banks continuously print money to raise asset prices and boost inflation to pay off debt, in the end prices are intervened. “The crisis sets in when assets prices drop. Then we have to choose between debt haircuts or raising asset prices via inflation and money printing,” he says.

– Rates are expected to remain low for a while

– They will remain that way until inflation picks up, although nobody knows when that will happen.

– Low rates are good for States, but what about the banks?

-Very low rates are bad for savers and good for investors. Central banks are punishing savers. A person with a €25,000 in his current account gets 0%, while someone asking for a loan for the same amount pays 1%. Rates are low because central banks want to boost growth. For that to happen we need asset prices to rise to pay off debt. At the same time, pension funds must be having a hard time since they have to continue to pay out pensions and get no return.

– What about the consequences of low rates for lenders?

– They are bad because there is no differential. They have to make money with commissions.

– Would you say we will see the same problems in the coming years, despite regulation?

-I’m sure of that, and probably even before we know it. In the U.S., money has been at 0% rate for the last six years and that means adding fuel to the fire. And that fire will spread. There are already bubbles everywhere. For example, in the bond markets. Can you believe that Spain, France or Italy are financing at negative interest rates and that I have to pay to lend these countries money?

-Precisely because the fire is being stoked up. If central banks print money and buy up everything, there comes a time when the price of things is intervened. Why do the central banks do this? Because they are trying to increase the prices of financial assets, generating inflation and so making it possible to pay down debt. A crisis basically sets in when, on both sides of the balance sheet, assets value falls. In the end, we either accept a debt haircut or we need to raise asset prices via inflation and inject money into the system.

-But the ECB had no other choice, did it?

-I cannot answer that question. I cannot say what was the best way to exit the crisis. I just believe that leaving the solution to problems in the hands of monetary policy is at the very least risky.

– The problem is that it is very difficult to be a conservative banker in fat times. What do you think?

– In general, one of the problems of the capitalist system is that both shareholders and executives seek short-term results. Those who don’t enter that race are penalised by the system. This is a problem not only here in Spain, but especially in the U.S. Shareholders stay increasingly less time in a company. The entire system has a short term outlook.

-What about volatility? Has it increased?

-No. Right now we are seeing less volatility because central banks are paying for it. If you know that every time there is a fire your central bank is going to pour water on it, volatility is reduced.