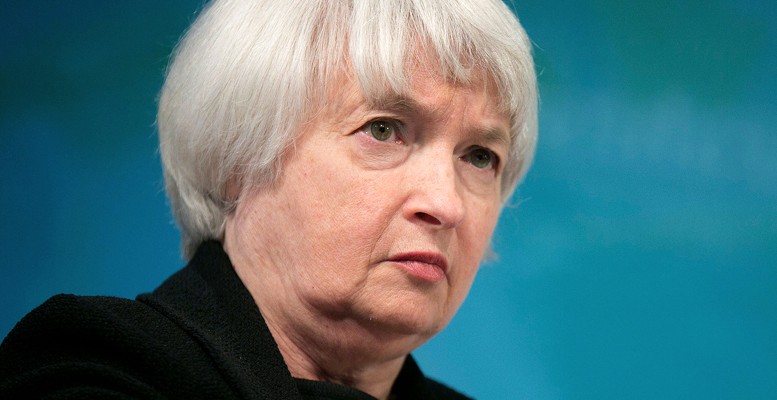 The FED not only held unchanged its rates in its last FOMC meeting last week. It plunged investors into utter disarray by delivering an extremely dovish message on future action. The prospect of a hike this year loses steam while bewildered markets pull back to the waiting game.

Janet Yellen has failed to deliver her firm promise tabled early this year to rein in the monetary policy. Worse than that, the reasons put forward for deviating from such a policy line seem largely unconvincing. Claiming that turmoil surrounding the Chinese crisis might jeopardize the US growth can only trigger increased uncertainty and anxiety over global economic performance. Far from paving off turbulences, she adds fresh motives for flying towards safety.

The FED openly acknowledges it remains hostage to outside developments, shelving home considerations to the backyard. Should this prove true, it would deliver a scathing blow to its credibility as economic wisdom rules that only appraisal on domestic outlook should play a decisive role in shaping the monetary stance. By infringing this key principle, the US supervisor enters into unknown territory. For no can foresee how long it can take China to redress its dismal situation. Months, even years, before any substantial improvement occurs. Will the FED wait and see so long before taking action on rates? As no one takes that claim seriously, further turmoil lies ahead.

The decision to hold the rates steady mirrors the sheer panic throttling the FED at any move potentially derailing the painful recovery achieved through the unconventional measures implemented over the last decade. True enough, prices and salaries seem utterly subdued, their performance coming at logs with any danger of economic overheating. Yet, postponing the hike until the very end could force stiffer than warranted action for a soft landing. The prospect a crash could unsettle markets far more than a tiny and largely discounted 25 b.p. readjustment.

Additional reasons have undoubtedly played a key role. The FED feels unable to enforce a tighter monetary policy as much of the massive liquidity it pumped in remains outside the banking perimeter. Its toolkit needs a thorough reappraisal for coping with this fresh new challenge. Resorting to repos for creaming out the excessive money supply may prove the only sensible way, as selling assets hoarded by the FED could send shock waves to the financial markets.

The FED faces huge trouble in moving away from its largely accommodative stance, after nine years of close-to-zero rates. Anchoring its forward guidance on lower than warranted inflation seems a better option than putting the blame on China.