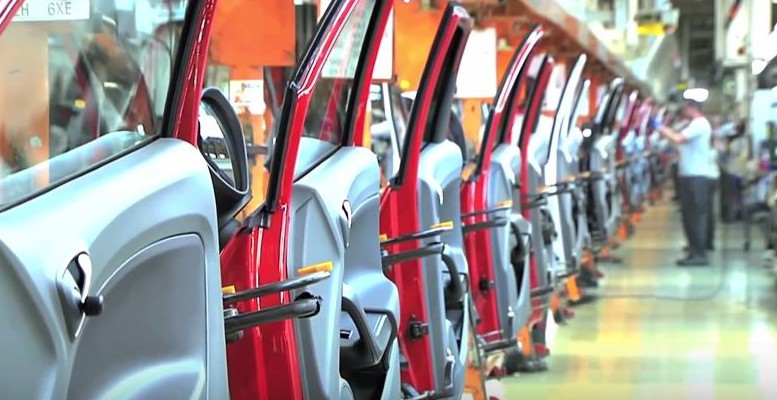 In the five months to May, the trade deficit declined 9.3% to 9.434 billion euros from a year ago, according to government data last month.

The cheaper euro and Spanish firms’ increasing competitiveness are mainly behind the 4.3% rise in exports to 102.916 bln euros, the highest figure since 1971 for the January-May period.

Imports, on the other hand, declined 3 percent to 112.350 billion euros year-on-year.

After the intense growth in 2014 – partly reflecting a kick-start in consumption as Spain emerged from a two-year recession – imports have been forecast to moderate slightly this year.

Another external factor helping Spain’s trade balance has been the drop in oil prices which led to a decline of 34 percent in the energy deficit in the five months to May.  Imports of energy products also eased, dropping 31.5 percent.

So what sectors are fuelling export growth? The automobile industry stands out, benefiting from the fall in Spain’s labour costs over the last 6 years. The labour market is an estimated 40 percent less expensive than those of other big car manufacturing countries like Germany and France. This factor alone has contributed to luring some of the big names like Volkswagen to boost capacity at their Spanish plants.

Between January and July, car sales were up 22.3% year-on-year, the best figure for the seven-month period since 2010. With over 80 percent of Spain’s cars destined for exports, do the maths!

The outlook for exports for the rest of 2015 is positive, with overseas sales growth expected to accelerate backed by continued improvements in price competitiveness and the forecast recovery in Spain’s main exports markets.

The million dollar question is just how guaranteed is that recovery? The latest PMI data released by financial information services provider Markit showed the rate of expansion in eurozone economic activity slowed slightly at the start of the third quarter, however growth remained close to June’s four-year high.

But the mood was dented on Tuesday by news out of Germany, Spain’s biggest trading partner along with France. The Mannheim-based ZEW said its monthly survey showed economic sentiment fell to 25.0 points in August from 29.7 in July.

The sustainability of the eurozone recovery will be key to guaranteeing Spain’s export industry remains robust.