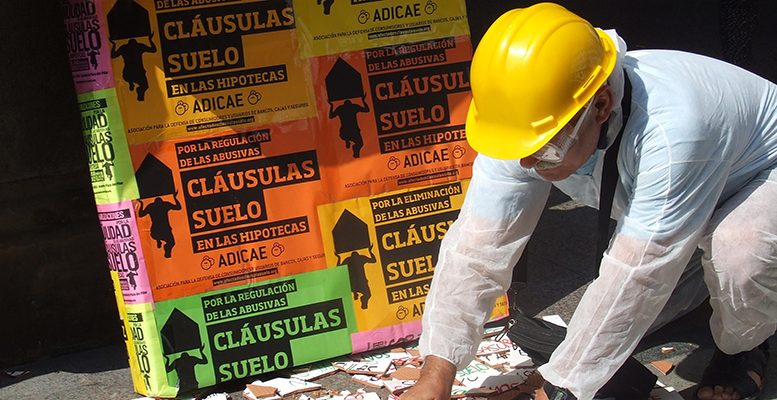 The European Court of Justice advocate general made public on Wednesday a detailed opinion from an advisers group on so-called floor clauses in Spanish mortgage contracts. This recommendation suggests the court should apply retroactively a “temporal limit” on the amounts banks will have to reimburse borrowers. Floor clauses were already declared unfair by Spanish Supreme Court in 2013 May.

The opinions issued by advisers are not binding for the European Court of Justice, which will deliver the final verdict by the end of this year. Court’s judgements usually agree with experts’ recommendations, “hence the importance of this opinion,”  Bankinter analysts point out.

“If it were in favour of totally setting aside floor clauses, not only from year 2013, the Spanish banking sector would need to reimburse to borrowers estimated costs between €4-5 Bn”.

“Macroeconomic issues associated with the scale” of the unfair mortgage terms, particularly justify the “temporal limit,” according to the advocate general.

To date, most of entities had provisioned up to 2013 for damages in the case of full retroactivity (according to the ruling applying BBVA and other saving banks).

The real number of affected by floor clauses is not clear, among other reasons, because many entities have been offering them a deal to cancel the contracts. Mostly these did not include the payment of additional amounts and, more often than not, a waiver to claim, according to customers associations. Furthermore, considering each client has particular mortgage conditions, it is only possible to make rough estimates about the amounts banks should reimburse.