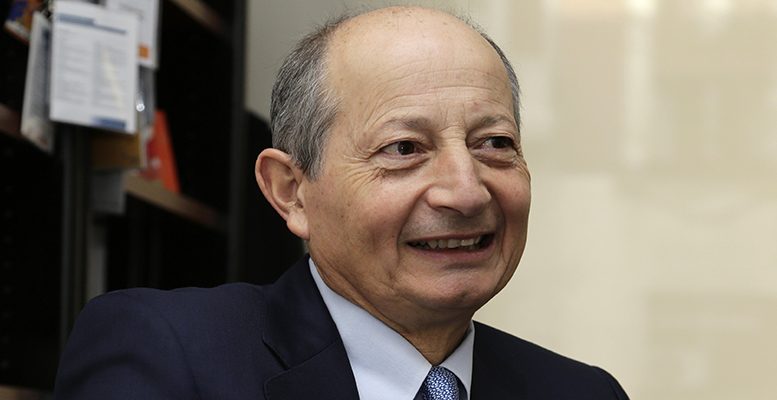 F. Rodríguez | Fernando Fernández is a member of the board at Bankia and Red Eléctrica. Apart from the challenges presented by the macroeconomic environment and the technology revolution, he believes that Spain’s banks have to establish a new kind of relationship with their clients and consolidate the sector’s new size. “The number of employees and branch offices in the industry has fallen by almost 40%, but it is still higher in relative terms than in other neighbouring markets.”

Question:  What impact do you think the ECB’s current zero rates policy will have on the banking sector?
Answer: Although it has the IMF’s support, by extending its unconventional monetary stimulus the ECB is making a mistake. Using monetary tools in order to fix Europe’s structural problems -competitiveness, unemployment…- doesn’t seem feasible.

Q: Do you think that the recent judicial rulings against the Spanish financial sector handed out by the Supreme Court – like the floor clauses, preferential shares, class actions – are enough to make the financial consumer feel that his/her rights are being sufficiently protected?

A: The rulings that you mention, some of which in my view are difficult to understand, and over regulation are going to make credit more expensive and less available. This is not a value judgement, but an empirical fact. For example, those countries with systems which are more disposed to cash payments have a lower percentage of families who own their own home. Regulation also has distributive consequences, because the risk exists and someone has to pay. What happens is that now it is not being noticed due to negative interest rates. And sometimes one gets the feeling that judges don’t understand that every financial asset carries a risks, that bank deposits are the only safe investments, and not even every kind of deposit in light of the latest regulation on European banking resolution.

Q: To what extent does the low level of financial culture influence how the system works?

A: There is a view that since there is very little financial culture in our country, the user has to be protected from him/herself. That concerns me. We are contributing to a culture in which the investor can only make money. If he loses it’s because a product has been badly explained to him or he has been taken in, or because the market is badly regulated or because someone has robbed his money or has committed a crime. And they forget one basic principle overlooked, namely the risk-profitability binomial, which in popular culture was known as there is no such thing as a free lunch. Financial investments are risky investments. Property companies as well of course. If you don’t want to lose money, you have take out a deposit or keep your money under the mattress. We are destroying the risk culture and then, of course, we are full of praise for the figure of the entrepreneur. Some of the recent judicial rulings do not seem very compatible with this greater financial culture which we want to spread.

Q: But the banks themselves have generally acknowledged that there is room for huge improvement in the relationship with their clients from an ethical point of view…

A: Precisely because of this. Without doubt there have been excesses, some bad practices and even some criminal activity. I won’t be the one to deny it, but those are not what caused the financial crisis. I have written about the orgy of consumption and credit into which the whole of Spanish society fell, and it’s easy now to blame the banks for this. But I still have to find a customer who asked for, let’s say, an 100,000 euros mortgage, and did not say no, indignantly, when offered 120,000 euros. He went home over the moon. The bank did the wrong thing, by not complying with its obligation to weigh up the risk. But the customer was also at fault by accepting more credit than he could pay back. And without doubt the regulators failed to comply with their task. Periods of financial euphoria and panic are well documented in economic history and it’s the job of the regulator, the Bank of Spain, stock market regulator CNMV and the government to avoid them. Not the job of the financial institutions themselves. It’s difficult to ask economic agents to take decisions which go against their own interests. It’s a classic problem of collective action, political economy.

Q: What part have regulators played in this problem?

A:  It’s easy to criticise after the event. The Bank of Spain and the CNMV should avoid excesses before they happen. And to do this make unpleasant and mostly unpopular decisions. It’s their mandatory function. They are the traffic police for the financial system and before they hand out fines, they should organise the traffic and direct it along the right roads. But if everything fails, they have the capacity in the last resort to prevent certain behaviour and impose sanctions. They have to claim their authority, their professional ability and also their responsibility. And they have to distinguish between professional and criminal responsibility. The regulators have failed miserably in Spain. But also in the US and in other European countries. Nobody has come out of  this financial crisis very well, or indeed of any other. That is because they are a social problem, a social disease, as I have already tried to describe.

A:  The number of employees and branch offices in Spain has fallen by almost 40%, but it is still higher in relative terms than in other neighbouring markets. What matters is whether the size is adequate within a new digital and regulatory context. Besides, the fact that the banks have reduced capacity does not mean that jobs have been lost throughout the industry. The same happened with the revolution in the telecommunications sector, which did not create unemployment but an infinite number of jobs in the industry, although these are not now within the big operators. It is a well known phenomenon since the Industrial Revolution and something similar is happening in the financial system.

Q: How is this context going to influence an eventual merger process in Spain? How do you see the current banking map?

R: European monetary union will change a lot of things. There is still not any retail bank today which has a significant presence throughout the European market. This is an abnormality which has to be corrected, as has happened in the US. Everything seems to indicate that there will be around ten big European banks. And without doubt some Spanish lenders amongst them. In Spain the same will happen. There will be some national banks and the rest will be local institutions. But things are not linear nor automatic; agents play their part, define their strategies and influence the final result. There will be years of change to come for the financial system but the final photo is still to be defined. I only ask that all those involved are aware that the rules are now European and we need to give up the national discourse.