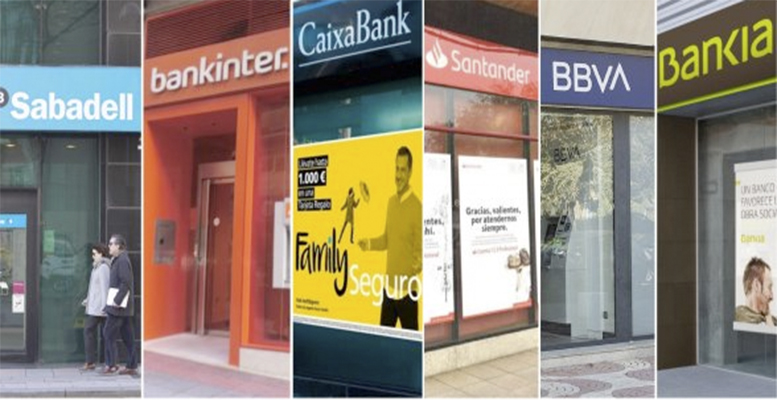 The return on equity (RoE) of Spanish banks in the second quarter of 2021 was the highest in the euro area at 11.49% annualised, according to data from the European Central Bank.

So the profitability of Spanish banks was well above the average of 6.92% annualised for the aggregate of the 114 banks directly supervised by the ECB, of which eleven are Spanish institutions.

At the opposite end of the spectrum to Spanish lenders, Greek banks recorded an annualised RoE of -34.28%.

The eleven French banks directly supervised by the ECB posted the highest aggregate net profit between April and June, at 18.743 billion euros, ahead of the 12.779 billion posted by Spanish banks.

Only Greek banks posted aggregate losses in the quarter, with a negative result of 4.019 billion between the four Greek banks supervised directly by the ECB.

On the other hand, in terms of solvency, Spanish banks are at the bottom of the euro zone countries as far as capital goes, with a CET1 ratio of 13.06%, only slightly higher than Greece’s 12.66%.

In terms of asset quality, the aggregate volume of non-performing loans (NPLs) declined in the second quarter to €422 billion euros from €455 billion in the first quarter.