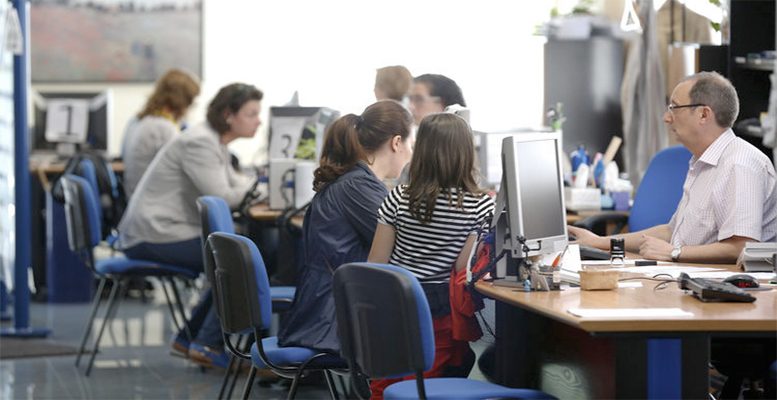 Last week everybody was congratulating each other on the unemployment figures, which ended 2016 with the record low in history, but no-one is mentioning that the active population – those who are of working age (18 to 65) and looking for a job – is still decreasing. Here is a graphic from the National Statistics Institute

This is obviously not an indication of strength or confidence, when signing someone up to the Social Security involves 39 contracts! When people don’t look for work, it’s because they are not confident of finding any. And since the PP came to power, the active population has dropped by nearly 700,000 people. And as we can see from the end of the series, there are no signs of a change. So, if we take these 700,000 into account, as well as those who work part-time or for a fixed-term out of necessity, the number of jobless people would be much higher than they are telling us. I have read that since the arrival of Rajoy, the number of unemployed people has fallen by 1.3 million. Well done! But more than half of that corresponds to this drop in the active population. So it’s no big deal.