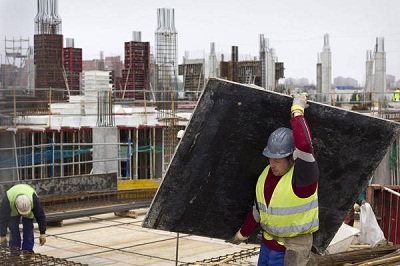 MADRID | The minister of Economy Luis De Guindos had already warned that the labour reform was going to be extremely aggressive. He also commented that the reform would do away with collective labour agreements that he considered to be influenced by the Franco regime. The cabinet meeting in which new labour framework for all the Spanish workers was approved ended on Friday at about 2:30 pm. Right afterwards, the minister of Labour Fátima Báñez, accompanied by the first vice-president of the government Soraya Sáenz de Santamaría, explained the details. This is how it has been reported.

This condemns to extinction the ordinary permanent contract where the compensation for unfair dismissal was of 45 days per year worked because once the labor reform comes into force it will no longer be possible to hire anyone with this type of contract: only the 33 days one will be possible.

The Government has specified in this amendment, adopted in the form of a Royal Decree-Law, the characteristics of the companies that will be eligible to carry out objective dismissals for economic reasons (20 days per year worked), although Báñez made it very clear that

“there shall be judicial control” thereof.

Thus, ‘for economic reasons’ shall mean that the results of the company reveal a negative economic situation where there exists a current or anticipated loss or persistent decline in the income or sales. In any case, as Báñez explained, it will be understood that the decline is persistent

“if it occurs for three consecutive quarters.”

The reform also recovers, starting on January 1, 2013, the limit on the number of consecutive temporal contracts that the previous government has eliminated and it eliminates the administrative labor authorisation that was required in the case of collective dismissals. Báñez pointed out that within the EU this authorisation was only required in Spain and in Greece, so now Spain is now ‘a bit more European’.

Also, the labour reform includes the creation of a new permanent contract for companies with fewer than 50 employees to boost hiring, especially among young people, with a trial period of one year. Companies that hire through this type of contract will be entitled to a tax deduction of €3,000 when they hire the first employee as long as he/she is less than 30 years old.

Moreover, entrepreneurs who hire an unemployed person with this type of contract will benefit from a 50% tax deduction on the unemployment benefits charge that the worker would generate in a year.

The reform will also promote permanent contracts for young people between the ages of 16 and 30 for three years by granting corporate bonuses of up to €3,600 and of €4,500 when the contracted person is a long term unemployed older than 45.

The norm creates a training account for each worker, it enhances job placement by employment agencies, for the first time it regulates telework, and it modifies the permanent part time contract as well as the training and learning contract.

With regard to this last point, Báñez explained that the training contract may be applied to workers up to the age of 30 until the unemployment rate drops to 15%. When it falls below this level, the maximum age of the hired worker will be of 25. In addition, the minister said that the workers may be trained in the companies themselves as in the dual training model.

The reform gives priority to company agreements so that regardless of what is agreed at a higher level, each company will be able to establish its own company agreement that suits its needs and addresses the company’s particular characteristics.

It also allows companies facing difficulties to not apply higher level agreements (lifting of the agreement). If no agreement is reached, the parties will resort to non-judicial dispute settlement schemes and, if necessary, to arbitration. If settlement were not possible, the next step will be to recourse to the Advisory Committee on Collective agreements or its equivalent at the autonomous region level which will appoint an arbitrator that will make a decision within 25 days maximum.

Saénz de Santamaría defined the labour reform, which has been approved as a Royal Decree-Law but that will be processed as a bill, as important and having great impact and has assured that

“it will mark a before and an after for the Spanish labor law.” She also stressed that this reform put an “emphasis on youth and long term unemployed. It objective is to make dismissal more flexible so that it will always be the last resort. It intends to address the causes of the shadow economy and support the self-employed as well as the SMEs.”

PSOE and Convergencia i Unio have been the first political parties in assessing the government’s labour reform. While the former viewed the measures as negative because

“they favour the destruction of jobs and competition by lowering wages and increasing working hours as in the third world countries instead of competing as in the developed countries through knowledge and innovation”, the Catalan party believes that “the labour reform posed by the government is well targeted” but it called for an “emergency plan” for the short term in order to create jobs “while the labour reform takes effect.”

The reaction of the unions will be known today, which is when they have called a joint press conference to assess the reform. Minister Báñez has said that on Monday she will call the social partners to the ministry to introduce the labour reform.