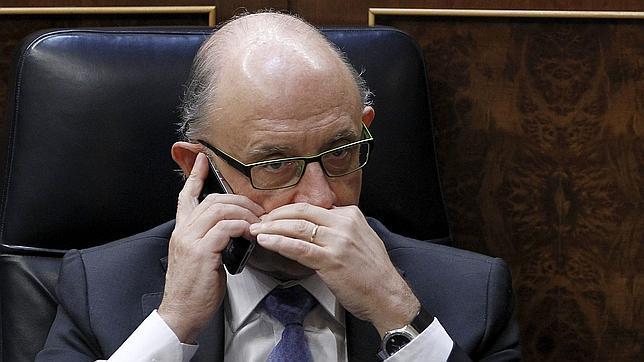 By Tania Suárez, in Madrid | Things are getting even more difficult in Spain. First, the recently announced measures of adjustment, then the protests from the mining industry and now it is the turn of the Spanish regions. Minister of finance Cristóbal Montoro said that he wouldn’t be as permissive as Brussels has been with Spain; that the government will not extend the period for the regions to achieve the fiscal consolidation (i.e. to reduce their public deficit). Furthermore, Montoro has asked for further adjustments.

Yesterday, during the Council for Finance an Tax Policy (CPFF by its Spanish initials), the ministry of Finance warned eight of the Spanish regions for deviations in their economic and financial plans; three of them for doubts about the information provided and another five of the regions for having failed to fulfil their commitments concerning the deficit. According to Montoro:

“The reduction of the public deficit is a top priority if we want to get out of the crisis. The government guarantees the fulfilment of the commitments by all the Spanish regions,” and he added that “there is no other option: we have to comply.” He also explained that the financial system supporting the regions will be a fund for “certain maturities”, which will lead to “new corrective actions.”

In practice, these declarations by the Spanish Minister mean that the governments of the regions will have to adjust to a ceiling of 0.7% deficit for 2013.

the City of Madrid have seen these declarations kind of contradictory: how is it possible that the Spanish government is continuously asking Germany for the approval of the Eurobonds, but at the same time it refuses to accept the so-called “Hispabonds”?

However, for Yosi Truzman, analyst at Ahorro Corporación Financiera (ACF) the decision is right,

“because it would be useless to increase the deficit target if the regions are unable to finance it.” He also thinks that “those decisions are not something extraordinary; they even make the Hispabonds to lose heart.” This analyst thinks there should have been additional cutbacks and adjustments.

The new roadmap to restrain the regions’ deficit is as follows:

However, this new step has sparked the rejection of the Spanish regions. These new target deficits have been endorsed by some regions, but there was no unanimity, and regions such as Andalucia, Catalonia, Asturias and Canary Islands have voted against. Even in those regions where the Partido Popular is in power, like Castilla y León and Extremadura, the regional governments have abstained because they consider the measures too hard.

According to analysts from Link Securities, the two last numbers are harder that those implemented by the former president José Luis Rodríguez Zapatero in 2011 (1.1% for 2013 and 1% for 2014). Some finance advisors from different regions have said that this will “mean a bigger effort for the regions than for the central administration.”